Commotion has taken over some parts of Abuja as police officers shoot into the air to disperse protesting Shi'ite members. 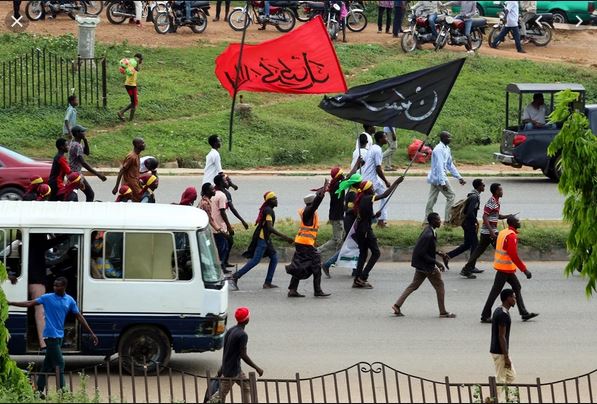 According to a report by Punch Metro, commercial activities around the popular Banex Plaza, Aminu Kano Crescent, Wuse 2, were brought to a halt on Tuesday when policemen fired several shots in an attempt to disperse protesting members of the Islamic Movement of Nigeria.

It was learnt that the members of the IMN who belong to the Shi’ite Islamic sect, had gathered at Wuse 2 to embark on another round of protest when policemen fired shots to disperse them.

Some of the Shi’ites were said to have fled into Banex, which is known for the sale of computers and tech gadgets.

The policemen were said to have chased after them, while traders and bystanders ran into shops to avoid being caught in the crossfire.

The clash between the policemen and Shi’ites reached a climax on Monday, leading to the death of a Channels Television reporter, Precious Owolabi, who was also a National Youth Service Corps member.

The Deputy Commissioner of Police in charge of Operations at the FCT, Mr. Usman Umar, was also killed; while more than three Shii’te members were killed.

The members of the IMN have been protesting the prolonged detention of their leader, Sheikh Ibraheem El-Zakzaky; and his wife, Zeenah,.

Both of them have been in custody since 2015 without trial.
Top Stories