It was reported that R. kelly was re-arrested over s*x trafficking charges in Chicago and he has denied the allegations against him. 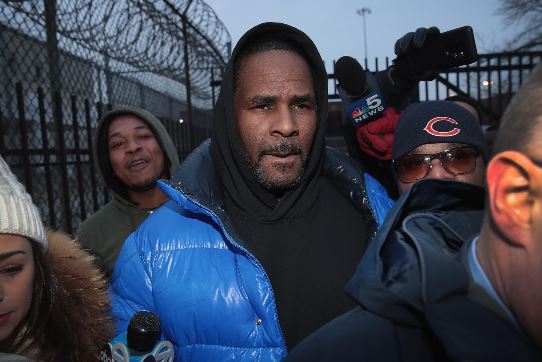 R.Kelly
Following the arrest of Singer R. kelly, his crisis manager, Darrell Johnson has resigned from his duty.
In an interview with CBS on Wednesday, Johnson said his resignation was due to personal reasons.
It was reported that R. kelly was re-arrested over s*x trafficking charges in Chicago.
R. Kelly was arrested by New York police detectives and investigators with the Department of Homeland Security while walking with his dog and has been charged with s*x trafficking in New York.
The singer, over the years, has faced accusations of abuse, manipulations and inappropriate encounters with girls and young women.
When asked if he would leave his daughter with R. Kelly, Johnson said he would not leave his daughter alone with anyone accused of being a paedophile.
Top Stories