A female senator has called a ministerial nominee 'handsome' during the ministerial screening in the senate. 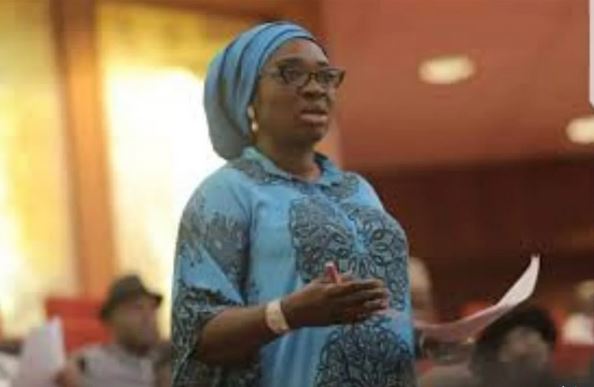 Uche Lilian Ekwunife
Senator representing Anambra Central, Uche Lilian Ekwunife, during the ministerial screening at the Senate on Thursday asked a nominee, Abdullahi Hassan of Nasarawa State, what he would do as Minister of Women Affairs.

Ekwunife, amid chuckles from her colleagues, asked Hassan what he would do if President Muhammadu Buhari appointed him to lead the women affairs.

She said, “Looking at you, a young handsome guy from Nasarawa State, we are in a world of innovation today in the way we do things to proffer solutions, in the way we even handle our phones. Now, as a nominee, you don’t know the ministry to which they will post you.

“We have seen a decline in women representation in both elective and appointive positions. We have had women as Minister of Women Affairs for years and we have not achieved anything.

“Assuming Mr President decides to think out of the box and puts you there as the Minister of Women Affairs, what would you do to ensure that more women are in elective and appointive positions?”

Hassan, who had served as Attorney General and Secretary to the State Government in Nasarawa State, said he would work with Mrs Aisha Buhari to create opportunities for underprivileged women.

He said, “I think the major framework for women empowerment has been elucidated in the Belgium Conference resolutions. What we will probably do is to domesticate such resolutions and see how we can empower women.

“We can look at our own communities and see how programmes like women empowerment, soft loans, widows empowerment schemes and probably to a large extent some level of scholarship for vulnerable women.

“In the interim, I think if I am to be chosen as Minister of Women Affairs, I would equally work hand in hand with the First Lady and  women organisations to ensure that their challenges are addressed.”
Top Stories