A Delta monarch, the Orosuen of Okere-Urhobo Kingdom has died, a development which has stirred an outpouring of condolences. 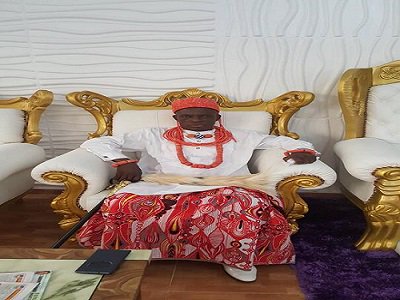 The Nation reports that the royal father, who received his staff of office about a year ago, joined his ancestors on Monday after a protracted illness.
Although the Okere-Urhobo palace has not released any official statement on the monarch’s death, palace sources said chiefs and leaders of the kingdom would meet in the palace today to discuss the development.

The Prime Minister (Otota) of Okere-Urhobo Kingdom, Chief Wilson Eboh, seemed not to be in a mood to break the news to the media as he shouted on our correspondent who called to speak with him.

The deceased was a Professor of Sociology at the Delta State University, Abraka, before becoming king. He ascended the throne in October 2017, and was presented with a Staff of Office in November 2018.
Top Stories