Shehu, who did not say if Sharibu was alive or not, said the Presidency had been briefed on the matter and that action would be taken. 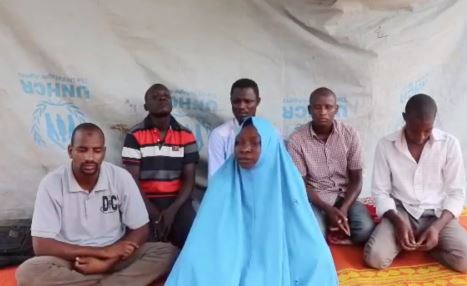 Kidnapped aid workers
The Presidency has reacted to reports that Leah Sharibu, one of the Dapchi schoolgirls abducted last year has been killed.

Grace Taku, an aid worker with Non-Governmental Organisation, Action Against Hunger, who was kidnapped by Boko Haram terrorists on July 18, had claimed in a “proof of life video” that Leah alongside one Alice had been killed by the insurgents because of the Federal Government’s inability to “do something”.

Although Taku did not expressly state whether it was Leah Sharibu or another Leah that was killed, many assumed immediately that it was Sharibu that was being referred to thereby causing shockwaves across social media.

In his reaction, however, the Senior Special Assistant to the President on Media and Publicity, Garba Shehu, said in a Facebook post that negotiations for the release of all those in captivity were still ongoing.

Shehu, who did not say if Sharibu was alive or not, said the Presidency had been briefed on the matter and that action would be taken.

“Beside these aid workers, there are some others about whom this engagement is about-Leah Sharibu, a religious leader and all the others. These discussions have been ongoing even before this time and what this latest incident has done is to bring urgency to the efforts that the secret service is making.

Government is making contacts, in the hope that the captors will see reason to not visit hardship or even harm on these innocent individuals.”

In the video which was released on Thursday, Taku also called on the Christian Association of Nigeria to come to her rescue.

The transcript of her appeal reads: “My name is Grace, I work with Action Against Hunger, an NGO in Borno State; my base is Damasak. We went to work on Thursday, July 18, 2019. On our way back to Damasak by Keneri/Chamba ward, we were caught by an army called the Kaliphas and they brought us here. We don’t know where we are.

“I want to beg the Christian Association of Nigeria because I am the only Christian among the six of us here. I want to beg CAN to please do something about me to see how I can be released. I call on Borno State.

“I beg Action Against Hunger. We have families, some of us have children. We are Nigerians who are working for Nigerians. I am begging please, I am begging again; please do something to see that we are released because this has happened in the Red Cross before where some ladies were caught, Hauwa and Zipporah. They also asked to be released but because of Nigeria did not do anything about it, they were killed.

“I am begging on behalf of all of us. I don’t want such to happen to us and it also happened again with Leah and Alice, because Nigeria could not do anything about them, they were not released they were also killed.”
Top Stories