Leaving BBNaija After One Week Is Like A Stigma - Avala


Avala was one of the unlucky housemates who had to leave the Big Brother Naija reality show in its first week. 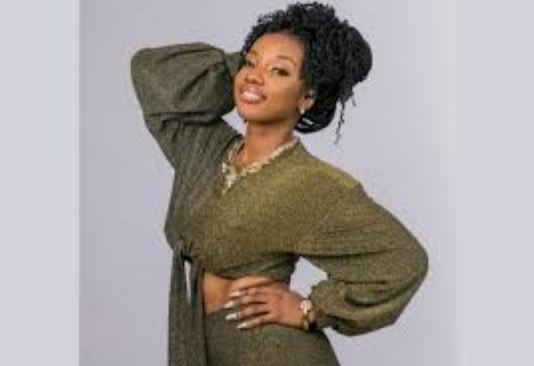 Avala
Background
I am the second of eight children. I was born and raised in Rhode Island, USA. I moved to Nigeria at the age of 14. I attended Greensprings School, Anthony, Lagos State, till I was 17 and moved back to the USA for my university education. I moved back again to Nigeria when I was 22 years old. My mother is a businesswoman who travels to buy and sell her commodities. My father owns petrol stations across Lagos State. My stepfather is also a businessman who owns several companies.
Career
I was a single mother trying to make it in the music industry. For a long time, I had my ups and downs; finding ways to make money and stay above water.
Music
My music career was alright but it wasn’t moving as fast as I wanted it to because I didn’t have enough money to ‘push’ it. That’s why I felt BBN would be a great platform to expose me to sponsors or a record label. Being a woman in the industry, it was harder for me because it is a man’s world. One must be careful about running to men who have the power to help one. Many of them could have ulterior motives. Those were some of the things I was facing in my music career and I needed the respect, so that if I wanted to work with anybody, it would be much easier to make a name for myself.
BBN
I entered the show because I thought it would be a once-in-a-lifetime experience for me. I felt I’d be able to open doors for myself. I also wanted to use it as an avenue to showcase my talent, express my personality and share my story.
I’d definitely do it again if I have the chance because I’ve got so much love and support from my fans. It’s rather interesting that I got fans from just a week of my stay in the house. I feel blessed to have been a part of the show.
Eviction
I think being evicted really early wasn’t quite fair as I didn’t have the chance to get people to vote and support me the way I know they would have wanted to. I also didn’t get the chance to fully show the world more about me. One week wasn’t enough at all.
I am glad to be home but I miss the competition and I wish I was able to stay longer so I could have had a fair chance of winning the prize money.
After BBN
I feel like there is a stigma on me, being the first to enter the house and the first to be evicted. I was there for only a week and that had never happened before. This time, I want to prove to people that just stepping into the house was all I needed. I am ready to pursue my music and do some collaboration. I’d like to work with Burna Boy, Davido, Wizkid, Nonso Amadi and a couple of international stars. I’ll also like to open my foundation for battered women and hopefully, I’d be able to help give women a safe place to come to when things are hard for them. I’ll also like to sign endorsements deals, try new business ventures and make money.
Parent’s reaction
My parents have always been supportive of me doing music. Initially, they weren’t, until the first time they saw me perform when I was at Greensprings School. I sang on stage and my dad was in tears. That made him happy. My dad didn’t know I was going on the show till the day I entered the house. But my mother had always known and she was both supportive and excited.
Motherhood
Being a mother, single or not, is a big deal and a huge task in a woman’s life. Many of us, mothers, believe we can’t chase our dreams because we have to look after someone else and try to cater to them. Because we have another mouth to feed, we give up what we always wanted to do with our lives. As important as children are, I didn’t want to sacrifice (my passion) completely and I was able to do both. I was able to achieve my dreams with a baby on my back. In this industry, it’s thought that one wouldn’t have the time to do certain things because one is a mother, but many women still do it.
Being a mum is the best thing that has ever happened to me and I won’t trade it for the world. Why not add my dream job to it?
Baby’s daddy
My child’s father and I are coparenting. We are doing the best we can to ensure that our child always comes first.
Kiss, marry, kill
Of the current BBN housemates, I would kiss Gedoni, marry Seyi, and kill Jeff.
Hobbies
I enjoy singing. I also love making wigs as I am very good with my hands. I love sleeping too.
Fashion
I go with the flow. It depends on how I feel about the moment, the weather, the way my hair looks and so on. If I feel like being fashionable or want to dress down, I do just that. I can dress to look girly or tomboyish. I switch up my look a lot so I can’t really say I have a defined style.
Top Stories