Davido Celebrates His Son, Ifeanyi On His First Birthday (Photos)

"You Have Made Your Point, Allow Government To Implement Your Demands" – Tinubu To #EndSARS Protesters


Describing toppings loading beyond the normal measurement, he said it was practically impossible, because about 19 agencies monitor crude oil loading at all times. 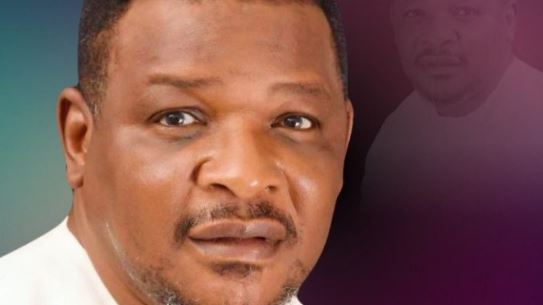 Goddy Jedy-Agba,
Ministerial nominee from Cross River State, and former Group General Manager of Crude Oil Marketing of the Nigeria National Petroleum Corporation, Goddy Jedy-Agba, on Monday said oil bunkering waa a legitimate activity in the business of oil and gas industry.
Responding to questions during his screening by the Senate on Monday, he said, bunkering is not a crime, adding that people held a wrong notion of what bunkering was all about.
He described ‘bunkering’ as the refueling of ships which transports crude oil on the high seas, noting that ships spent months to reach destination, hence, bunkerers were needed at that point.
“There is a wrong understanding of oil bunkering and I want to correct it here that oil bunkering is not a crime. ”
“Ships transporting crude oil abroad spends months on high seas, it is bunkerers that supply fuel so it is a legitimate business and not the way it is understood to is.”
In his to Senator Matthew Uroghide on what he would do to stop ‘topping’. The nominee said: “Like bunkering, toppings is not possible at the point of loading.”
Describing toppings loading beyond the normal measurement, he said it was practically impossible, because about 19 agencies monitor crude oil loading at all times.
The former General Manager said, me would add revenue agency among the agencies of government if he eventually become the Minister of Petroleum.
He lamented the obsolete laws currently operated in the oil and gas industry, saying those laws were meant to protect the interest of foreign oil majors.
“Nigeria operate obsolete oil laws and that is creating serious problems. because we still operate OIC laws which were meant to service oil business interest of foreigners.”
“Our pipelines are as old as our refineries. Crude oil is corrosive and when pipeline becomes old it cannot withstand the pressure of oil pumping and that is why we have cases of explosion.”
“Crude oil production is capital intensive which cost about $20 million for three or four cargoes and no Bank in Nigeria could give out that kind of loan.”
“Bunkering is not a crime, but the term has been wrongly used. Bunkering is a legitimate oil activities.”
“Topping is also wrongly used and it is not wrong to do toppings. Topping of oil is done in the presence of 19 agencies and you cannot compromise all of them.”
He urged Senators to review oil and gas laws that would assist the industry.
Top Stories