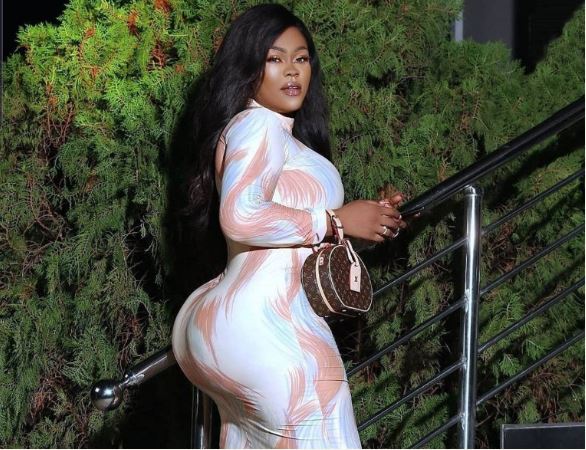 Daniella Okeke
Despite the fact that actress, Daniella Okeke is touted as one of the curviest Nollywood actresses, she has opined that ladies, especially the ones seeking male attention by flagrantly displaying their sensuality, need not have a curvy physique to attract male attention.
The screen diva who is unarguably famous for her acting skills and has amassed a large number of followers, thanks to her voluptuous butts she unapologetically flaunts on social media, advised ladies, especially those with a body to die for but little or nothing to show for it, that no lady needs to be sexually attractive to get the attention of anyone.
“This generation is obsessed with figure 8. You don’t have to be shaped like a coke bottle to catch attention. Your brain can catch everything, develop it”, she said.
The debate on whether or not the massive hips and butt of the 32-year old thespian is natural or was surgically acquired remains a bone of contention despite the fact she has claimed it is natural.
Top Stories