People Have Posed N*ked For Me - Actress/Photographer, Princess Thompson Speaks Up 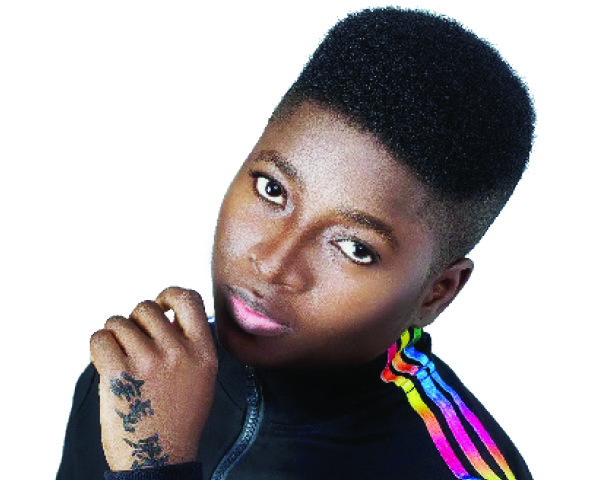 Princess Ayoka Thompson is a woman of many parts. The 28-year-old daughter to the late Oloni of Eti-Oni, Oba Olayiwola Thompson Fabiyi III is an actress, director, producer, photographer and cinematographer.

Thompson made her mark working with many superstars including Wizkid, Tiwa Savage, Desmond Elliot and others. In this chat, the Dramatic Arts graduate of Obafemi Awolowo University, Ile-Ife shares her experiences, lifestyle and challenges among others.

Growing up was fun. My siblings made it fun. We are very disciplined, being a royal family, and besides, my late dad was my hero.

It started as a joke quite frankly. I was studying Dramatic Arts and, during a six-month ASUU strike, I didn’t want to sit at home. So, I enrolled for training at Lagos State Skills and Acquisition Centre, Ikorodu. After the strike, I resumed school with my new knowledge. I got an analogue camera and would take pictures during our theatre productions. Other students would buy pictures I snapped of them. I couldn’t practice as a professional, but as a student, I found it very challenging combining photography with my studies. When I finished school in early 2013, I came back to Lagos, raised a little money and got a digital camera. I started doing a lot of free gigs and for anyone that could give me something. It was not paying well but then I was not very good and I would edit most of my pictures in monochrome. I was better at that. I knew I lacked something for which I could charge people very well. So, my brother hooked me up with Hakeem Salaam, who taught me the business of photography and how to edit like a professional. That was it. I went ahead to work with Helen Paul briefly before working full-time with the fashion goddess, Toyin Lawani. She taught me a lot about business and interacting with clients. It was through her I became popular and known for photography. Then I got into film. One day, Lillian Afegbai, who I met through Tiannah, called and introduced me to Desmond Elliot. They needed someone to do behind-the-scenes pictures for a film production. He saw my pictures and gave me the job. That was how I rekindled my interest in making films. I would take pictures behind the set and study how the professionals did their thing, in addition to my knowledge as a thespian.

I met a lot of actors, worked with some of them, before branching out on my own. I have produced two feature length movies, Dark Chronicles, starring Belinda Effah, Rotimi Salami, Shirley Igwe, Annie Idibia and more. It would start airing on Africa Magic soon, and The Visitor, starring Etinosa Idemudia, Mofe Duncan and Frankincense Echeben. It is actually my directorial debut, it’s a thriller and it’s coming out soon as well. The post-production is being done both here in Nigeria and South Africa.

I recently worked with Ozo Nwakile as his assistant director in the most-talked-about film shot this year, The Enemy I Know, produced by Rita Daniels. We flew a private jet, shut down a cinema hall. A lot was put into the production and we expect everyone to love and learn something from it.

My parents’ attitude towards my career

They had no option than to accept my career because I started making enough money from it early in life. And I had been financially independent from the university. So, they saw no reason to pressure me into taking a 9-to-5 job.

It is very hard to pinpoint. My pictures of Wizkid and Tiwa (Savage) went very far. Wizzy posted three on his Instagram and they had almost 500,000 likes. I’m talking about the still pictures from the ‘Ma Lo’ video shoot. The portrait I took of Bisi Alimi was featured on the cover of an Australian magazine. I have done several Nigerian magazine covers, billboards and movie posters. The one I did with Mary Njoku made it to a French magazine’s cover.

There is no proper structure for photographers in Nigeria. A lot of us are talented. A lot of brands and people infringe on our rights. They use our images without conscience, consent or compensation. I believe photography is beyond just taking a picture. We don’t gain as much as we should from our pictures. I make a lot of art but there are no channels to properly exhibit and sell them. Our film industry can be restructured too so that filmmakers can make more money from their efforts and investments.

I try to dress smart. So, I wear more of trousers, shirts, sneakers and T-shirts.  I wear things that let me get around quickly and move freely. Some days, I wear all black, some days are for white, and some days I feel like I don’t want to wear anything at all. But the society has a nametag for everything you do. I believe I am not a tomboy, whatever it is. I am a lady, existing in my own time and space. I like to wear what makes me feel comfortable. It is not me trying to dress like a man. I think men are trying to dress like me. They can put on some skirts if they like, or 6-inches double platform heels. But you see they know it is simply not comfortable, so they don’t wear them. It is like those days when women were wearing corsets and Coco Chanel gave them freedom by introducing blouses and skirts. It seemed odd at that time but no one wears those dresses anymore. So, maybe I’m just a little ahead of my time.

I am very single.

I have quite a lot of them. Men are just very curious; they keep asking ‘why are you so different?’ It is not really tough.

No. I have never been sexually harassed in the industry.

Yes, if given a role to act nude, I would gladly do. The actor’s tool is his or her body. If the actor can go nude is almost always a personal thing. I believe the human body is beautiful; everyone should feel comfortable in their skin, regardless of their shapes and sizes. I have some nude pictures in my work reel. In fact, that was what earned me an apprenticeship with Hakeem Salaam. I have had a lot of people pose nude for me as a photographer and the outcome is very arty and fantastic. In films, I believe it has to be properly done so it does not promote obscenity. Hollywood does it and it looks beautiful. I believe we can do it too, but you know there would be some age restrictions. Well, to act nude, I would demand $10 billion.

What makes me unique

I think what makes me unique is being a professional photographer and branching out into filmmaking plus doing both relatively well. Being a lady, a lot of people send me DMs (Direct Messages) addressing me as ‘sir’. I just laugh. I guess they can’t just imagine me being a lady.

It depends. A picture can be manipulated in a number of ways. But if it is documentary, the pictures are rarely altered. Or when you’re working in the capacity of a journalist, you try as much as possible to release your pictures without any alterations.

But when you talk about portraits, beauty shots, you have to do high-end beauty retouching. That’s why a lot of celebrities look better in pictures than real life. Some people look bigger in real life. We can alter your height, shape, colour of your eyes, and hair; it is limitless what a photographer can do with your pictures. We can put you in Dubai when in reality you’re in Lagos. So, it depends on who is telling the story and what they are trying to say.
***
Source: Sun News
Top Stories