The 5th of August, 2019 was a day to forget for Sahara Reporters staffer, Victor Ogungbenro as policemen not only brutalized him but also teargassed his face directly. 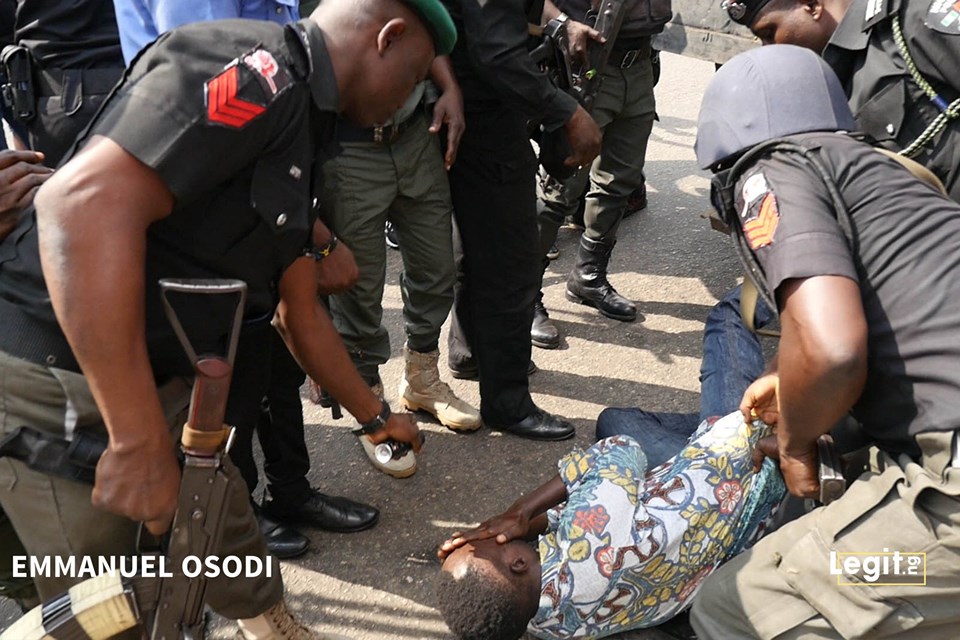 Victor Ogungbenro being tortured by the police
Victor Ogungbenro who was covering the Revolution Now protest on the mainland area of Lagos State was brutalized by a team of policemen.
While being knocked off his feat, one of the policemen teargassed his face directly leaving the young man languishing in pains as he covered his face and rolled on the ground.
His colleagues in the media are presently starting a movement to seek justice for him.
"This is Victor Ogungbenro, a SaharaReporters videographer, being tear-gassed directly in the eyes and assaulted even after hitting the deck. This kind of executive and police rascality has no place in a democracy. A responsible government and police must know how to separate protesters from journalists.
THIS IS SO SHAMEFUL!!!," an investigative journalist, Fisayo Soyombo wrote.
See more images: 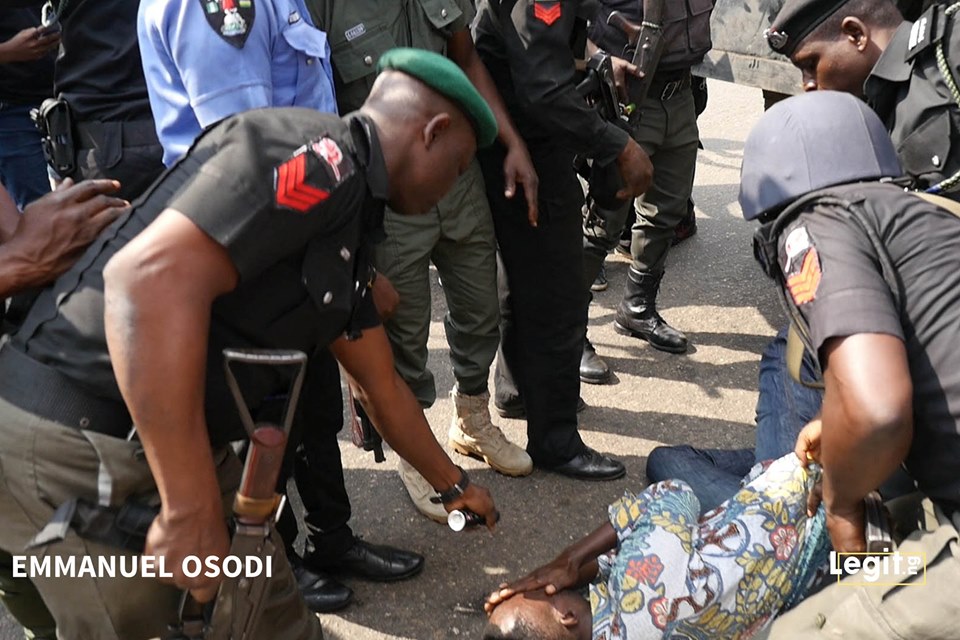 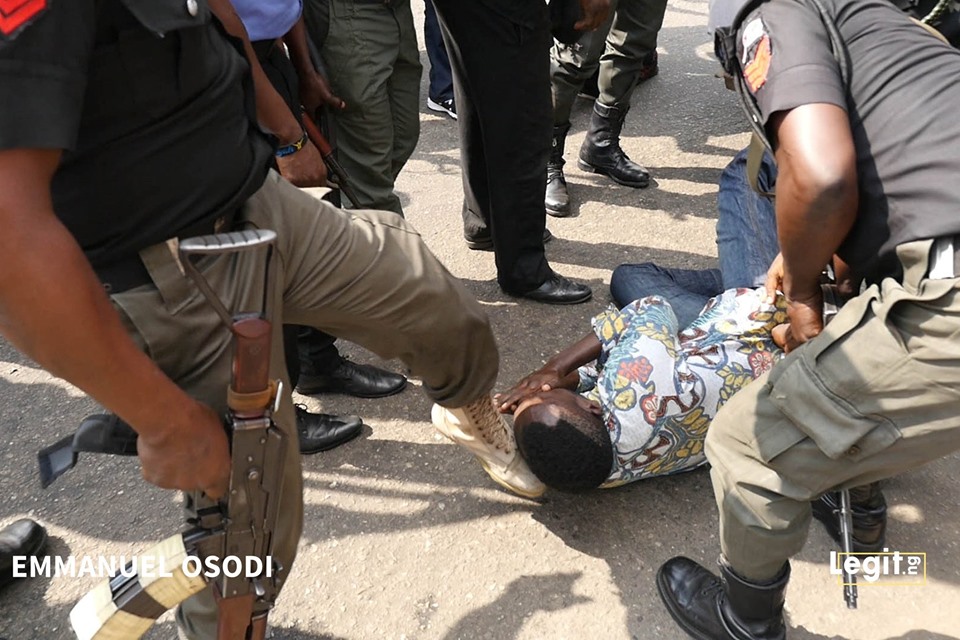 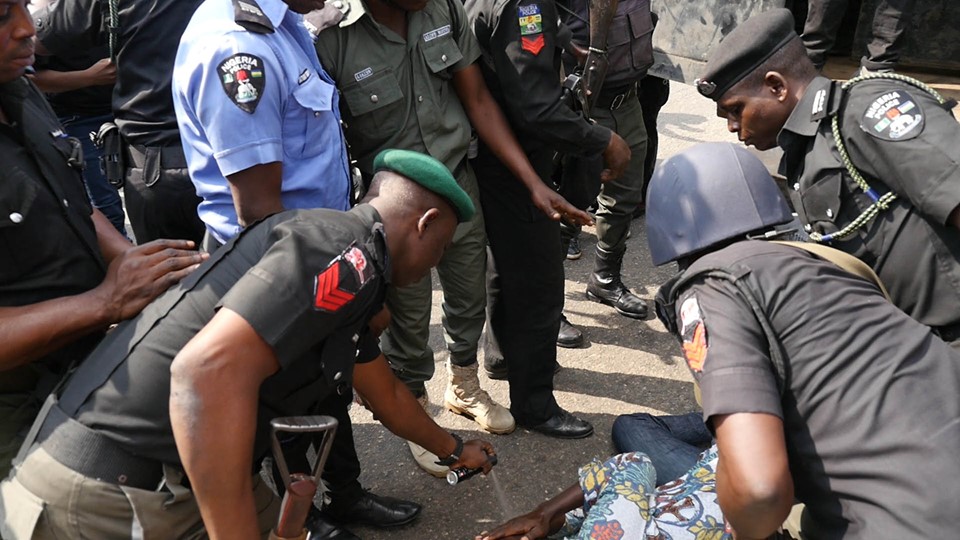