It was gathered that the executive order of the governor to the institution has affected workers of the staff school as sack letters have been delivered to them. 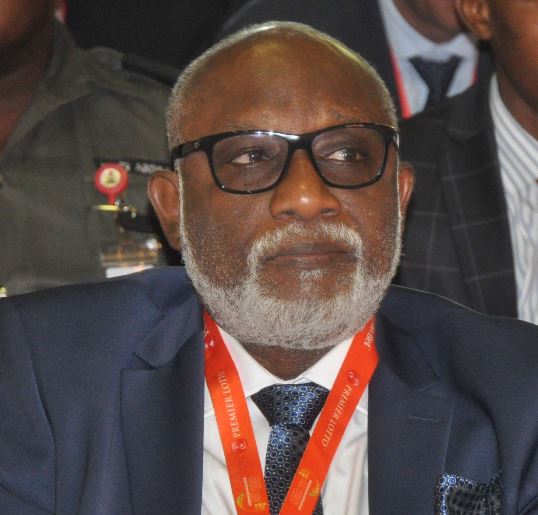 Governor of Ondo State, Oluwarotimi Akeredolu
Governor of Ondo State, Oluwarotimi Akeredolu has directed that the Staff School of Rufus Giwa Polytechnic, Owo, RUGIPO should be privatized.
DAILY POST gathered that the executive order of the governor to the institution has affected workers of the staff school as sack letters have been delivered to them.
According to the institution’s Governing Council in a statement, it emphasized that the move to privatize the institution was due to lack of funds, adding that the running cost of the school no longer commensurate with the expected returns.
The statement issued by the institution’s Acting Rector, Gani Ogundahunsi, further revealed that the action was taken in line with the executive order of Gov Akeredolu sent to the polytechnic’s Governing Council.
The statement reads in parts that, “the staff school of Rufus Giwa Polytechnic will be privatized and investors are being invited to take advantage of the business opportunity.
“As at now the cost of running the school is N74,000,000.00 (Seventy Four Million Naira)in one year whereas the total income from the school every year is N4,000,000.00 (Four Million Naira ONLY ): This is not sustainable.
“The Governing Council have therefore decided to privatize the school: All the employees employed directly by the Polytechnic will return to the polytechnic Employment while efforts are being made to persuade the investors and the ministry of education to absorb other categories of employees but no person will lose his or her employment as a result of these changes in the corporate structure.
“We solicit for the support of all our employees and the good people of Ondo State to enable us to carry out The Executive order of Mr Governor to the Governing Council.”
The sack letter sent to one of the affected workers entitled “LETTER OF DISENGAGEMENT OF SERVICES” and dated August 5, 2019, which was obtained by DAILY POST read that, “this is to inform you that the Governing Council of the Polytechnic has directed that the Staff Primary and Secondary Schools of the institution be closed down.”
“In view of the above, your services are no longer required. Consequently, you are hereby disengaged from the services of the Polytechnic with effect from Monday 5th August, 2019.”
The letter reads further that “on this regard, the Bursary Department has been directed to compute the entitlements/benefits accruing to you if any. However, this is without prejudice to your being entitled to one month salary in lieu of notice. Council appreciates you and prays for your success in future endeavours.”
However, the Governor of Ondo State, Oluwarotimi Akeredolu has ordered the re-absorption of the affected members of staff into the mainstream service of the polytechnic.
This was contained in a statement issued on Wednesday the state’s Commissioner for Information, Donald Ojogo.
According to Ojogo, he stated that the governor has directed the governing council of the institution to enumerate those affected with the development.
The statement read, “the governor of Ondo State, Arakunrin Oluwarotimi Odunayo Akeredolu, SAN, has directed the Governing Board of Rufus Giwa Polytechnic, Owo, to commence the immediate enumeration of workers likely to be affected by the planned commercialisation of the institution’s Staff School.
“Mr. Governor’s directive which comes on the heels of the fears and concern expressed by persons who may possibly be affected by the decision of the Governing Board, however, targets those who were originally workers of the institution seconded to the Staff School.
“For the avoidance of doubt, the Polytechnic’s Staff School is neither owned nor run by the State Government. It is a wholly private business venture by the institution.
Meanwhile, most of the affected workers have described the plan to absorb them into the mainstream of the polytechnic’s service as a ruse.
The workers who craved for anonymity revealed that they have already received sack letters which contradicts the planned absorption by the governing council.
Top Stories