Ogun Governor, Abiodun Under Fire For Underrating Obasanjo Before Buhari


Abiodun listed out Ogun State's past and living heroes and heroines, who he said played critical roles before, during and after the nation's independence. 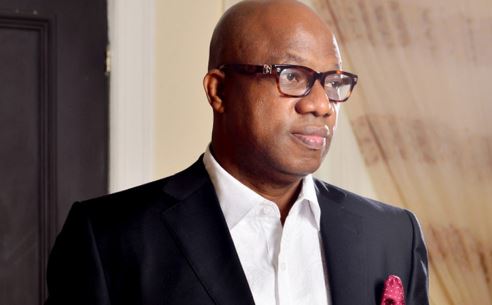 Dapo Abiodun
A group of concerned Ogun indigenes has berated the Governor of Ogun State, Dapo Abiodun, for allegedly underrating former President Olusegun Obasanjo during his visit to President Muhammadu Buhari.
The indigenes, under the aegis of Ogun Concerned Progressives, said Abiodun goofed for not acknowledging Obasanjo as one of the great indigenes of Ogun State who had played important roles in the development of Nigeria; saying posterity and history would not forgive the governor.
Abiodun had on Tuesday, July 30, led a delegation of 62 Ogun indigenes on a ‘thank-you’ visit to President Muhammadu Buhari in Abuja for conferring the highest honour of the Grand Commander of the Federal Republic (GCFR) on the presumed winner of the annulled June 12, 1993 presidential election, late Chief MKO Abiola, who is a son of Ogun State.
In his speech at the gathering with President Buhari, Abiodun listed out Ogun State’s past and living heroes and heroines, who he said played critical roles before, during and after the nation’s independence.
He mentioned the likes of Chief Obafemi Awolowo, Rev’d Ransome Kuti, Mrs. Funmilayo Ransome Kuti, Professor Wole Soyinka, Professor Olikoye Kuti, Dr. Beeko Kuti and Sen. Olabiyi Durojaiye.
Others listed in his speech included: Chief Segun Osoba, Chief Earnest Sonekan, Chief Olabisi Onabanjo, Pa. Anthony Asiwaju and Chief Biyi Afonja.
However, the Concerned Ogun Progressives, in a statement signed by Olusegun Showunmi, expressed dissatisfaction that Obasanjo’s name was missing on the list of Ogun heroes, describing Abiodun as a hypocrite and an unserious child who seems not to remember his father’s name.
“It baffles us to note that a governor, who is still standing on one leg, could, even before finding his feet, allow his handlers to make him seem like an unserious child that cannot even remember the name of his father. Or how else can one explain the omission of the name of our father, former President Olusegun Obasanjo, from the list of Ogun State indigenes, who have made and have continued to make invaluable contributions and sacrifice for the Nigerian nation, by a man who says he is fit to lead a state as great as Ogun?” he stated.
Showunmi, who described the visit as a jamboree to waste Ogun state resources, recalled how Obasanjo was jailed and almost killed by the then Head of State, late Major Gen. Sanni Abacha, for standing against the annulment of the June 12, 1993 election.
He also noted that Obasanjo played major roles in fighting for the nation during the civil war; adding that Gov. Abiodun attempted to rewrite or falsify Nigeria’s contemporary history because of ‘pointless politics’.
“One cannot forget in a hurry that Obasanjo himself went to jail and even escaped death by a hair’s breadth in the hands of the goons of the late head of state, General Sani Abacha, over his attempt to find a way for the nation out of the logjam that resulted from the annulment of the June 12, 1993 presidential election. He still bears the scars of the inhuman treatment he was subjected to while in prison.
“How then would anyone, who is not acting in bad taste to massage the egos of some benefactors, choose to side step the most eminent son of Africa, living? This, definitely, is the Governor’s first needless major goof,” the statement read.
Showunmi submitted that the “unwarranted omission of Obasanjo’ s name was deliberate in order to “discount or discountenance Obasanjo’s contributions” to the nation.
“As citizens of Ogun State, we reiterate that for anyone, especially in the mould of the governor to choose, on such an occasion, to discount or discountenance Obasanjo’s invaluable contributions to nation-building is, to say the least, to do a great disservice to the country itself, the current and future generations.”
He added that “Those who decided to be sycophantic in the presence of President Buhari at the Presidential Villa, Abuja, over an issue they should have been dispassionate and unbiased about, should have known that the President, who has always acknowledged Obasanjo as his boss, would be discerning enough to see, through their antics, that they are confirmed hypocrites that will do the same to him when the table turns. We are sure that posterity and history would not forgive them for this travesty of justice.”
The statement maintained that “Obasanjo is a statesman and an eminent international figure, whose image would remain larger than life in the arena of global politics, regardless of whatever negative picture of his anyone tries to paint locally, now and forever.”
“His prominent place in the history of the Nigerian nation, the struggle for freedom and peace in Africa cannot be denied or extirpated by anyone, no matter how hard they try. He remains a living legend.”
Top Stories