If I'm Unhappy In Next Marriage, I Will Quit - Toke Makinwa Insists


Toke Makinwa wants everyone to know that she is single for a particular reason even though she not against the idea of getting married. 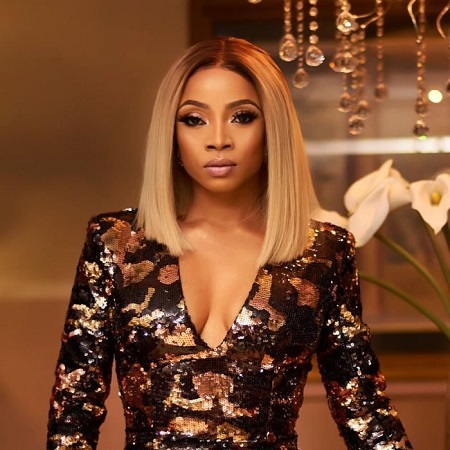 After walking out of her marriage to popular fitness expert, Maje Ayida, over infidelity issues, media personality, Toke Makinwa became an advocate for female independence among other feminism related issues.

However, the daring radio personality who recently revealed plans to remarry if she finds a man after her heart has stated that she would not hesitate to opt out again if she doesn’t find happiness in the union.

According to her, though tolerance is important in marriage, there should be a limit to which a woman should accommodate a man’s excesses, which is why she would dump her next marriage if she is unhappy in it .

“If tolerating bull shit is what you guys call happy marriage, please count me out. I am not afraid of being alone. If I give it another chance and I am unhappy I will leave again. Call me crazy or whatever but I am not your average and I will always choose me first. Yes! Tolerance is prime shouldn’t mean there should be no limit to the bull shit one should take. If you men really love the tolerance of our mothers I suggest that you all go marry them and God forbid our daughters end up like us or our mothers. A woman unafraid of walking alone is a dangerous one, her level of freedom will intimidate many but will also inspire the right energy, she is clothed in strength and dignity”, she said.
Top Stories

Nigerians React As Olakunle Churchill And His Wife, Rosy Meurer Step Out Together
Recent Stories