BBNaija: Seyi Opens Up On Relationship With Tacha


Recall Tacha and Seyi were isolated for a few days in a secret room after fake eviction by Big Brother. 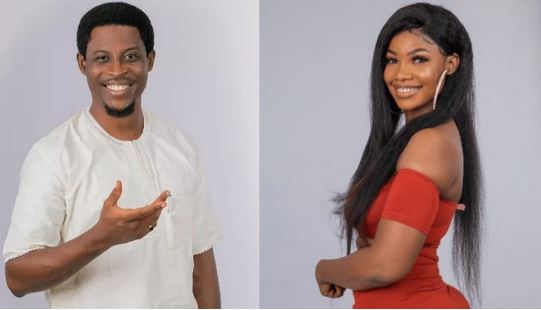 Seyi and Tacha
A romantic relationship seems to be going in between Big Brother Naija, BBNaija housemates: Seyi and Tacha
Recall Tacha and Seyi were isolated for few days in a secret room after fake eviction by Big Brother.
The housemates since their return to the house became closer and intimate, which stirred speculations that Seyi and Tacha may be in a relationship though not yet officially declared.
However, Seyi, on Wednesday, opened up on his intimacy with Tacha during his diary session with Biggie.
According to him, he does not like the fact that he is getting too intimate with her as he now finds himself worrying about her more than he does for himself.
Seyi said, “I don’t like the fact that I’m getting too close to Tacha, I see myself caring for her more than myself.”
Top Stories