Timi Dakolo Stands By His Wife Amid Reports Of Police Intimidation


Busola, a mother of three, told a reporter that a silver Toyota tailed her as she was driving home 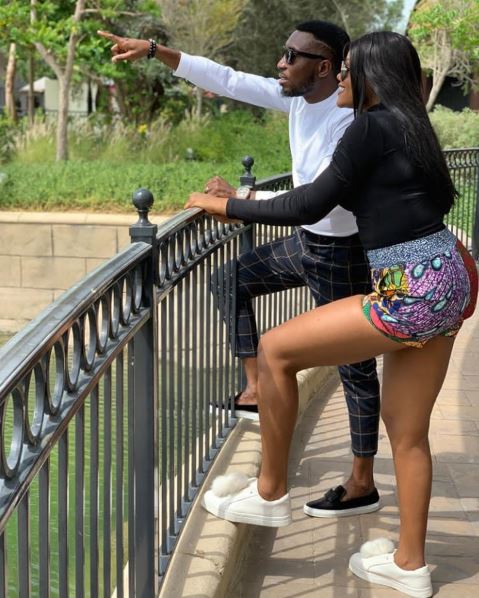 Timi Dakolo and Busola
Singer and songwriter, Timi Dakolo, has backed his wife, Busola, after she was knocked by Nigerians for claiming she was forced to sign a letter countering her allegation that Pastor Biodun Fatoyinbo of the Commonwealth of Zion Assembly (COZA) raped her.
In an Instagram post on Wednesday, Timi had publicly declared his support for his wife once more.
“NO AMOUNT OF LIES CAN PUT DOWN A HEART THAT HAS NO ROOM FOR FEAR.NO MIND TROLLS DEM,THEIR PAGES WERE CREATED SO THEY CAN DO SUCH..INFACT IGNORE,” he wrote.
Busola, a mother of three, told the Guardian of UK that a silver Toyota tailed her as she was driving home and a white minibus with tinted windows was parked outside her house.
By the time she got to her gate, the minibus with no police markings had blocked her path.
According to her, a man appeared and told her to get out of her car, get into the bus and speak to his boss.
She said when she refused, three men got out of the minibus and walked towards her.
“One was holding a gun, and I noticed a second one holding a letter. They told me they were from IG’s (the inspector general of police) office in Abuja and that I needed to sign this letter and acknowledge it,” Busola said in the interview.
The photographer clarified in a post on Instagram on Wednesday that she did not sign a counter-petition or agree to any counter-petition.
“The interview with the UK Guardian was held two weeks ago when the police came to my house. It is not a new interview. I did not sign a counter petition or acquiesce to any counter petition,” she said.
“I am very grateful for all those who have reached out, including from institutions that are to help us get justice.
“Our legal and police case continues. This has not ended by any chance. This is about many young girls who must know they can get justice when they speak. I continue to be resolute and thank you for standing with us.”
Top Stories