Following the alleged murder of an okada rider by a soldier in Abia state, the army has reacted. 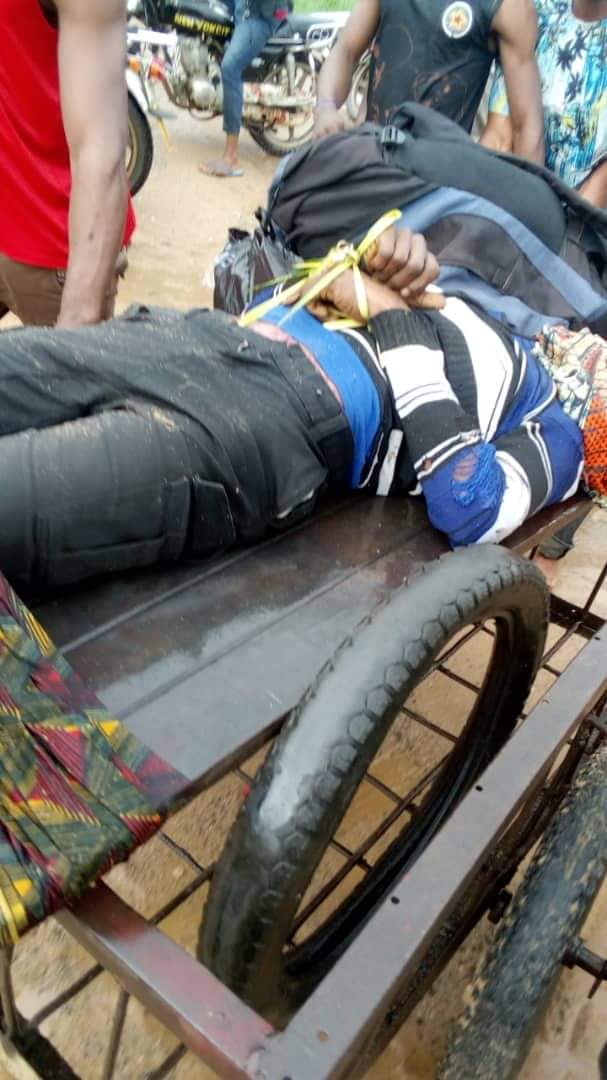 Chimaobi Nwogu killed by soldier
The police command in Abia State has confirmed the death of a commercial motorcyclist at Umuokereke Ngwa community near Aba.
The command’s Public Relations Officer, SP Geoffrey Ogbonna, told the News Agency of Nigeria on Thursday that relatives of the deceased, known as Chimaobi Nwogu, reported the incident at the Eastern Ngwa Police Division.
Ogbonna said that investigation into the incidence had commenced to unravel the actual killers.
Nwogu was allegedly shot to death for allegedly refusing to part with N100 bribe at a military checkpoint at Ohanze in Obingwa Local Government Area of Abia.
But Ogbonna said that the army had denied responsibility.
“The army said it is not their soldier that killed Chimaobi, that it may be a cultist, who was wearing an army T-shirt,” he said.
He said that the command had commenced an investigation into the incident but that no arrest had yet been made.
According to him, “a team has been set up to look into that matter and it is after the investigation that the perpetrator of that act will be unravelled.”
Ogbonna said that the police intercepted the youths of the community bearing the corpse during their protest, shortly after the killing, adding that police collected and deposited the remains in a morgue.
An eyewitness account said that the deceased was shot dead “because he refused to give N100” to somebody allegedly stationed to collect tips on behalf of the men at the checkpoint.
The eyewitness said on the condition of anonymity that the suspect, who was wearing a military uniform, immediately took a motorcycle and went after the deceased.
It was further learnt that the suspect allegedly trailed Chimaobi to his village in Umuokereke Ngwa, where he reportedly shot him on the road to his father’s compound.
A relation of the deceased, Chinonyerem Nwala, narrated how the deceased was killed.
He said, “We saw a soldier pursuing Chimaobi but we were still wondering what may have happened when he shot him and he fell on the ground from his motorcycle.
“Immediately after shooting him, the soldier climbed on his motorcycle and ran away.”
NAN reports that the youths of the area took to the major roads in the area to protest the murder, bearing the remains of the deceased.
They reportedly took the protest to the Ohanze military checkpoint and Opobo Junction at Ogbor Hill, a sprawling suburb of Aba, causing serious traffic gridlock.
They were later dispersed with teargas allegedly shot by a detachment of anti-riot policemen.
(NAN)
Top Stories