Nigeria's President Muhammadu Buhari has lost a good ally after his campaign director defected to the opposition party. 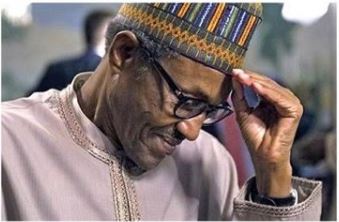 President Muhammadu Buhari
President Muhammadu Buhari’s campaign coordinator in Zamfara State in the 2019 general elections, Alhaji Bature Sambo, and other top officials of the All Progressives Congress on Thursday defected to the Peoples Democratic Party in a ceremony in the Gusau Government House, Punch has reported.
Other defectors who dumped the APC included the current Board Chairman, National Hospital Port Harcourt, Alhaji Muktari Anka; the immediate past Commissioner for Youth Development, Alhaji Abdullahi Mohammed; the immediate past Special Adviser, Alhaji Ibrahim Ajala, and over 6,000 other APC supporters.
Sambo said he decided to dump the APC because of the performance of Governor Bello Matawalle within a few months of his administration.
Bature also stated that Matawalle ended banditry in the state in less than two weeks of his tenure, which he said the past administration was unable to do.
He added that he and all his supporters would give the governor support and cooperation for him to succeed.
Matawalle, while receiving the APC defectors, assured them that they would be treated equally with other members of the party and warned supporters of former Governor AbdulAziz Yari to desist from creating “unnecessary tension” in the state or face “severe penalties.”
Top Stories

Cardi B Confronting The Police After They Dragged Her Husband, Offset From His Car Last Week (Video)
Recent Stories