Nigerians have taken to social media to react angrily to a statement made by Joe Igbokwe. 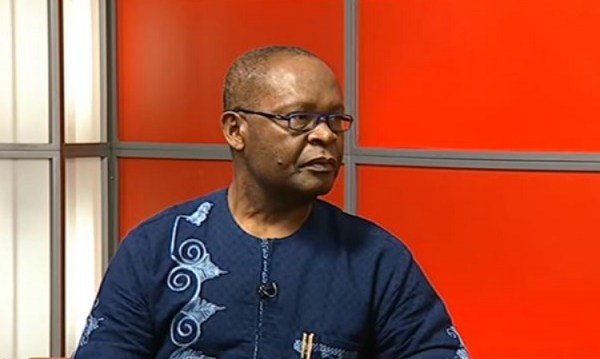 Joe Igbokwe
The comment made by the Publicity Secretary of the All Progressives Congress (APC) in Lagos State, Mr Joe Igbokwe that anyone with the insinuation that President Muhammadu Buhari’s government has not done well is ‘a liar from the pit of hell’ has caused outrage on twitter.
Igbokwe, who appeared as a guest on Channels Television’s Politics Today on Monday blamed the nation’s woes on the previous administrations since 1999.
“You (PDP) were there for 16 years and we didn’t see anything. In the midst of plenty, I cannot lay my hands on anything. Support your leader, don’t be a distraction. Anybody who tells you Buhari is not doing well is a liar from the pit of hell given where we are coming from,” he said.
Currently, Igbokwe is trending on twitter with Nigerians bashing him for such a ridiculous comment as many people have dubbed him a chameleon who's only after his personal pocket.
Read the reactions below:

All what Herdsman are asking for are Forests and lands, not our houses ~ Joe Igbokwe; APC publicity Secretary Lagos state.

Joe Igbokwe is a prodigal son of Nnewi, no reasonable Igbo man with his right sense will support RUGA pic.twitter.com/atXfEDk7fe

TO THE AREWA YOUTHS WHO DARED TO SAY THAT EVERY SOUTHERNER MUST LEAVE THE NORTH WITHIN 30 DAYS UNLESS RUGA IS IMPLEMENTED I SAY, STOP THE THREATS AND JUST DO IT! THE SOONER THIS DANCE BEGINS THE BETTER! 30 DAYS IS TOO LONG! YOU WILL REAP THE WHIRLWIND THAT YOU HAVE SOWN!..1/

Can you imagine a telephone (call) coming from a mother who says ‘Look, I have three children, we haven’t had breakfast today; please (give us) whatever you can give us’? Things are really bad – Chief Afe Babalola (SAN) #Newsnight

Anybody Who Tells You Buhari Is Not Doing Well Is A Liar From Hell – Joe Igbokwe. https://t.co/00SGplvGen pic.twitter.com/YfpuXjWN1i

Joe Igbokwe's son to his father

Igbokwe jr: Papa did you really mean what you said on TV?

Oga Joe, even your father Tinubu was shocked at this your lie but concluded joe igbokwe thats my boy pic.twitter.com/SLU2jIVz80

Yes Joe Igbokwe, I'm from hell. So I'm in a good position to tell you that that place is currently better than PMB's Nigeria. https://t.co/uqNpfwKl2A