Waribugo made the revelation while presenting aggrieved members to the state Chairman of the party, Hon. Jothan Amos, on Wednesday at the APC secretariat in Yenagoa. 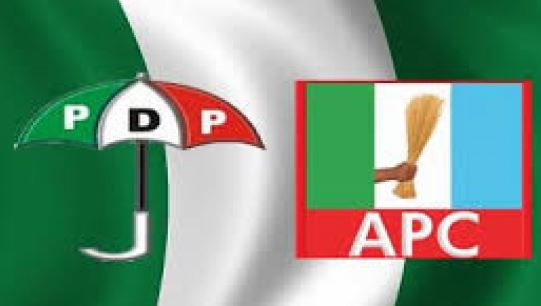 A founding member of the Peoples Democratic Party (PDP) in Bayelsa State, Hon. Waribugo Worikuma has led about 2,500 members of the party from Nembe Constituency 3 to the All Progressives Congress (APC).
The defecting PDP members said one of the major reasons why they were defecting was the inability of the ruling party to include youths of the state in its programmes and policies.
Waribugo made the revelation while presenting aggrieved members to the state Chairman of the party, Hon. Jothan Amos, on Wednesday at the APC secretariat in Yenagoa.
He said, “This is one of the happiest day of my life, as one of the founding member of the PDP and a staunched believer of dividends of democracy since 1999. I have led this group of persons to a new way of life, where light and progress is the main focus. We were mistakenly hooked up somewhere for a very long time but our eyes are opened. We are in APC today because of their believe in the youths, but in PDP the only believe is rotating the older people in position of power and that is why the state has remained backward.
“Our future was almost lost but thank God we have follow the glory to this great and progressive party. We are influential and that is the reason we always trouble this party during elections but now we will use it to the advantage of the APC.
“We are not here to deceive anybody, our body and soul is here now, and we want to assure the progressive family that the take over mission has started.”
Responding, the state chairman, Hon. Jothan Amos commended them for their courage in joining the progressive party rather than the party where everyone is self-centred.
He disclosed that a later date will be announced for the public ceremony for more defectors, adding that other major stakeholders in the PDP will soon decamp to the party.
In his brief remark, a stalwart of the party, Hon. Orusakwe Aseimiegha said this marks another milestone in the pursuit to dislodge the draconian government in the state, adding that another reason is the poverty and darkness that has taken over the state.
He pointed out that the strategy to actualise the political missionary mission will be persuasion, adding that there’s need for every Bayelsan to tell other members of the party of the takeover campaign.
Top Stories