A video of his confession on how he was arrested and set free by soldiers had been trending in the social media. 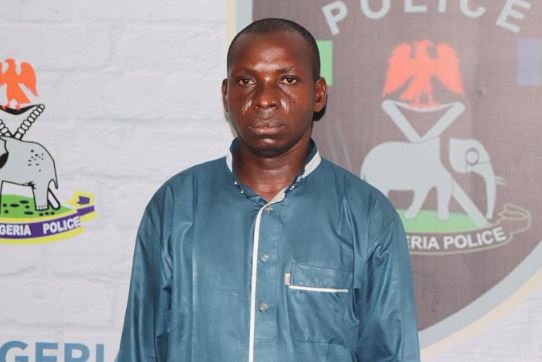 Alhaji Hamisu Bala
The Joint Investigative Panel set up by the Defence Headquarters to unravel the circumstances surrounding killings of three Police detectives and a civilian in Taraba during an encounter with troops of the 93 Battalion is worried over the trending confessional video of the principal suspect in the case, Alhaji Hamisu Bala popularly known as Wadume.
Wadume was re-arrested and paraded on Tuesday by detectives at the Police Force Headquarters in Abuja.
A video of his confession on how he was arrested and set free by soldiers had been trending in the social media. The trending video showed Wadume confessing that soldiers took him to their base and had his handcuff removed by a welder before he escaped.
Sources within the panel said Wadume’s confession had put the military High Command in bad light.
It pointed out that the new development should have been ironed out with the police high command since the investigation is ongoing.
The source, who would not want his name mentioned, said: “We are seriously disturbed and alarmed by the latest video on the purported confession of the re-arrested kingpin, Wadume while in the custody of the police.
“Though it is a commendable effort for the re-arrest of the kidnap kingpin, the video recording of the alleged confession of Wadume while the panel is still conducting its investigation is quite worrisome as efforts are being put in place to ensure smooth relations between the military and the police before the offending confession.
“Though our panel was inaugurated on Friday, August 9 which had an initial one-week deadline, we have been mandated to continue and conclude the probe as soon as possible.
“The arrest of Wadume would definitely shed more light on our investigation considering the volume of arrests and interrogations so far.”
The Joint Investigative Panel headed by Rear Admiral Ibikunle Olaiya, has representatives of the Police, Army, Navy, Air Force, Department of State Services (DSS) and the Defence Intelligence Agency.
Top Stories