Following the release of ministers and their portfolios by President Buhari, a leading member of the opposition party has reacted. 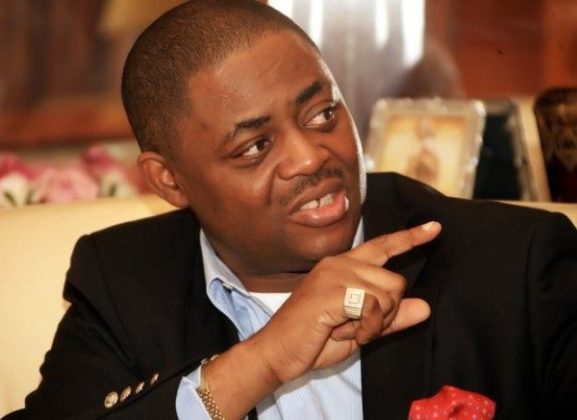 Femi Fani-Kayode
Former Minister of Aviation, Femi Fani-Kayode, has in less than 24 hours, reacted twice to the inauguration of President Muhammadu Buhari’s cabinet.
Recall that Buhari on Wednesday formally assigned portfolios to all 43 ministers-designates, 84 days after his inauguration for a second term.
He had last month, sent the list of ministers to the Nigerian Senate for screening and confirmation, in an exercise that lasted just five days.
Reacting, the former minister and chieftain of the opposition Peoples Democratic Party (PDP), wrote; “Don't complain that @MBuhari gave the largest number of Ministries and the biggest and most strategic Ministerial portfolios to the NW. What do u expect? His is a Govt of the Fulani, by the Fulani and for the Fulani.Under him non-Fulanis are regarded as nothing more than slaves."
His previous comment which came about 12 hours earlier, read;
“I will judge each of @MBuhari's Ministers based on their performance and not based on my disdain and contempt for his administration. Any Minister, whether friend or foe, that performs well will receive my commendation/support and any that does not will get hell from my pen.” 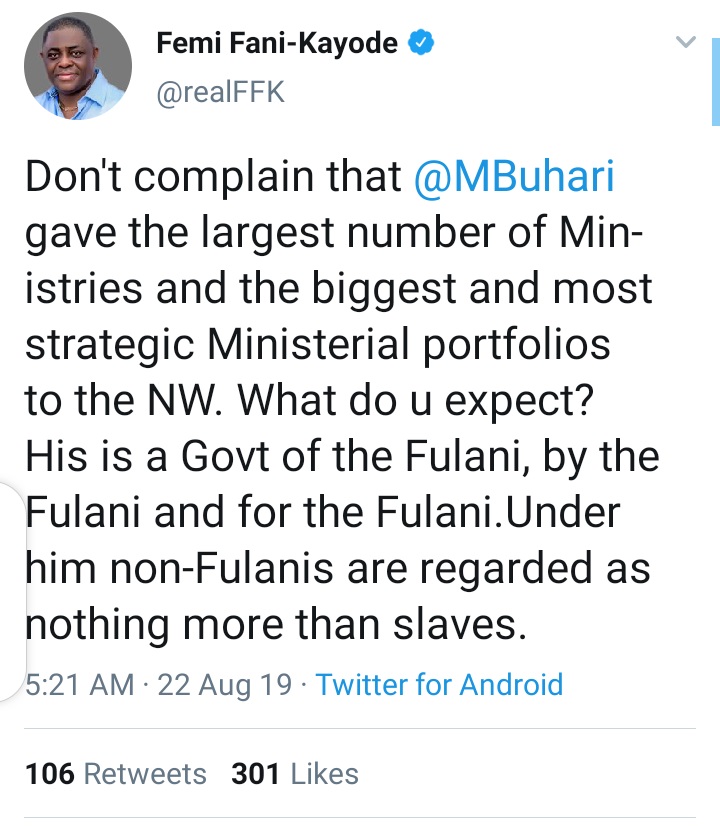