A man who drugs, r*pes and robs the women he meets on Facebook, has made shocking confession about his deeds. 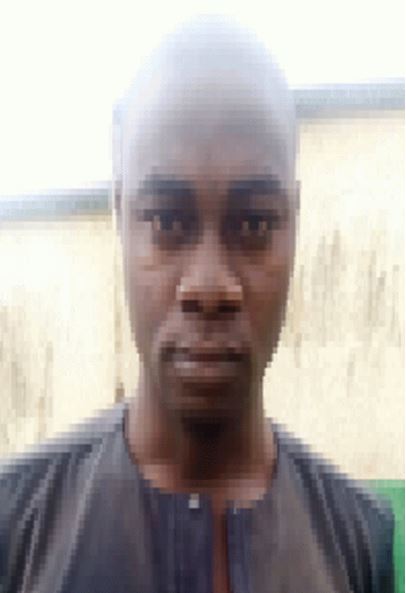 The suspect
A 25-year-old man, Godwin David, who specialised in drugging women he met on social media before dispossessing them of their valuables, have been arrested by operatives of the Special Intelligence Response Team, IRT, at the Federal Capital Territory, Abuja, Vanguard reports.
It was gathered that the suspect had been luring women he interacted with on social media dating sites to hotels in Abuja and when they arrived, he would offer them drinks laced with drugs and when his victims fell asleep, he raped them, stole their mobile phones, cash and other valuable on them.

Police sources disclosed that David ran into trouble recently after luring a 26-year-old woman who he met on the social media dating site to a hotel in Yanya area of the FCT.

It was gathered that after agreeing to pay her N15,000 per night, few minute into her stay, David was said to have drugged the woman’s drink and while she was asleep, he stole N25,000 in the woman’s purse, her mobile phone valued at N125,000 and also disconnected the hotel rooms intercom and fled.

The source informed that the traumatised victim lodged a complaint against David at the Abuja office of IRT where she was advised to play cool.

It was gathered that operatives got the name of the dating site where she met David and they went undercover.

According to sources, one of the operatives uploaded pictures and profile of a woman and indicated that she was interested in men resident in Abuja.
It was gathered that after weeks of prowling on the site, David contacted the undercover operatives.

He was said to have used the same tricks he had used on his previous victims and lured the operative to another hotel in Abuja and he also gave out his room number.

Before he knew what was happening, he was arrested.

David, a native of Ugehili Local Government Area of Delta State, confessed during interrogation that he ventured into the business of drugging and stealing from women because he couldn’t secure a decent job for a living.

The suspect also confessed that he had been using a drug known as refnol to sedate his victims and led operatives to Gwagalada area of Abuja where the drug peddler selling the drugs for him was arrested.

According to him, “I am secondary school leaver and I have no job. I was formerly working at Gwagalada area council as a sales’ boy, but I lost my job in April. While I was still working, I used to buy stuffs for my boss.

“I met one Musa who introduced me into drugs and I started using refnol for sleeping. So, when I lost my job, I visited a dating site known as In-massage. I then decided to lure women from the site to hotels, drugged and robbed them.

“I met a lady that resides at Area 8 Abuja and I lied to her that I reside in Yanya. We agreed for N15,000 and she came and met me in hotel in Yanya. I bought her Indian hemp and a bitter drink. I drugged it and gave her to drink. She then slept off after taking the drink.

“I stole her two phones and the sum of N25,000. This incident happened in June 26, 2016. I reformatted the phones and went to Musa, who introduced me to hard drugs. I sold the phones to him and I spent the money.

“In July, I also met another lady and lured her to Yanya, but at a different hotel. Unknown to me she was a sister to the lady who I had robbed previously. But while I was about robbing her, I was arrested.

“I also did not know that the lady I robbed first had reported me to the IRT and they were around the hotel when I took the girl into the room and they arrested me.”
Top Stories