#BBNaija 2019: The Curious Case Of Gedoni And Khafi


For Gedoni to openly declare that he misses his ex was puzzling but we, as viewers, would later discover that Khafi meant nothing to him. 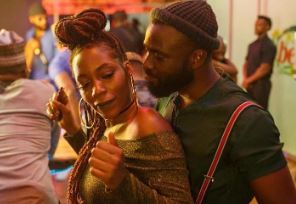 Khafi and Gedoni
In 2009, pop singer Ciara released Never Ever, a self-referential R&B song about her past relationships where the love she received was nowhere near the love the gave. She says in an interview, ”I fought so long to try and keep it up — keep it afloat and to keep it together, and you got to realize that if somebody’s not going to want to — and the key word is ‘want to’ — love you the same way you love them, then it shouldn’t be.”
I thought of this song in the current season of Big Brother Naija, watching a quietly miserable Khafi complain to a small group of housemates about her troubled relationship with Gedoni. The pair have been the most defined couple the show minted shortly after its premiere, causing a feverish excitement on the internet and across their fanbase. Khafi, beautiful and smart and quite charmingly loquacious. Gedoni, cute and reserved and with the charming inertia of a tortoise.
Together, out came Gedoni slowly from his shell, and it’s impossible to deny that his newly-hatched confidence stemmed from his attachment to Khafi, whose love for him was genuine and sincere and pure. The first hazy, glitch in this love affair had come from Gedoni himself, during a diary session and confiding in Big Brother that he’d prefer to have Kimoprah back in the house. Kimoprah, a housemate, had been evicted a week before and as it turns out, they both had been a couple before BBNaija.
For Gedoni to openly declare that he misses his ex was puzzling but we, as viewers, would later discover that Khafi meant nothing to him. On another occasion, the housemates were asked to name their top five finalists and while Gedoni was naturally Khafi’s first choice, Gedoni weirdly didn’t include her name in his selection. It was a betrayal of love, a cutting, clinical evidence of his disinterest in whether she survives the game or not. Big Brother Naija, this season at least, has manufactured drama to keep the show afloat and buzzy — new housemates, fake evictions, host Ebuka Obi-Uchendu’s cringey chat with Tacha on live eviction night — and housemates doing whatever they can for self-preservation.
And what generates more buzz more than sex? Simulation or not, Khadoni is the apex provider of the show’s sexual content, under the sheets, the room greyishly dark or not. Video clips of them having sex have proliferated on the internet. Mild criticisms here and there, but a large pocket of fans love what they see. Good for the show’s ratings, too. In the midst of this, a clip surfaced —  Gedoni casually telling Frodd (and also implying) that Khafi is a sex addict. To avoid having sex with her, Gedoni eats kiwi knowing she’s allergic to it.
Aside that Gedoni revealing this was unnecessary, it plays into how men routinely slut-shame women for having sex. In fact, copious amount of sex that men would get praised for. Also, I have been thinking about how Gedoni eating a damn kiwi to repel Khafi was done without consideration for her health, or the potential danger it could pose. Yes, housemates with certain allergies are duly noted before they are selected into competition but in a broader sense, it’s scary thinking how Gedoni would still have eaten lots of kiwi if it ultimately meant he gets what he wants – or doesn’t want. 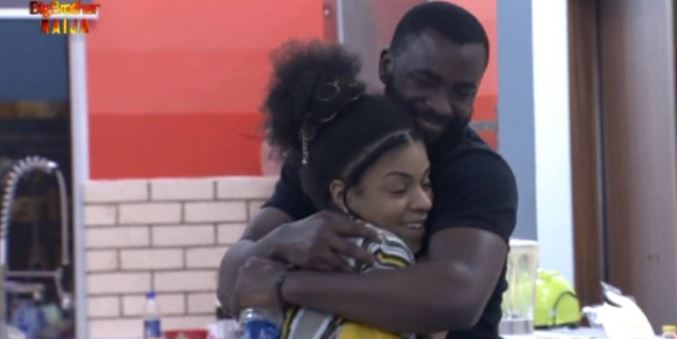 Gedoni and Venita
And there’s Venita, arriving with the flurry of new housemates two weeks ago and whose presence is sending shock waves towards the Khafi and Gedoni’s relationship. There has been friction between them, and one time during a Saturday night party, I noticed they didn’t couple up on the dance floor. From the outset, Venita’s intention – which is a strategy in itself – is to inject the show with drama, even it meant wrecking havoc on preexisting relationships in the house.
”If I decided to set my compass on you, she will not stand a chance,” Venita tells Gedoni after last Sunday’s eviction of Enkay and Joe. Gedoni had kissed on the cheek, warmly hugged her and if there’s another proof that he was only using Khafi, that was it. Asked by Big Brother to indicate the the relationships that are unhealthy in the house yesterday, most of the housemates mentions Khafi and Gedoni’s. Ike puts it succintly, ”Gedoni takes advantage of how Khafi is emotionally invested in him and that’s not fair.”
The problem is, Khafi knows she’s the one largely nurturing their relationship, she’s the kind of person that loves profusely and generously but it’s viscerally obvious that Gedoni won’t love her as much as she does. And she’s seemingly content. But Big Brother Naija is a cutthroat game and not a dating show, and she would have to realise that Gedoni doesn’t have her best interest at heart. Gedoni is up for possible eviction this Sunday, alongside Diane, Frodd, Jackye, Mercy, Mike and Seyi. It’s a fairly large pool, one which will do Khafi some good if Gedoni is evicted. She needs to cut away the baggage so that she can see things objectively and get her head into the game.
She’s one of the strongest housemates, with a churning online support for her and I’m quite confident she will be in the show’s top five finalists. What has Gedoni offered her? Nothing. And like Ciara sang in the chorus of her 2019 song: ”He will never ever never ever love you.”
Written by Bernard Dayo for Ynaija.
Top Stories