BBNaija: Moment Tacha Causes A Stir In The House With See Through Dress (Video)


Tacha who made her name from stripping and twerking on Instagram went beserk yesterday as she progresses in the Big Brother Naija reality show. 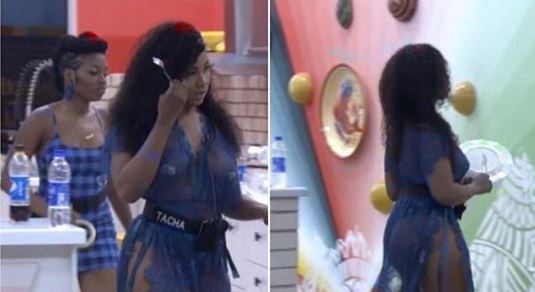 Tacha
BBNaija housemate Symply Tacha as she was fondly called raised the eyebrow of housemates with her transparent oufit which exposed her boobs and bum.
Mike despite the fact that he has respected his status as a married man was forced to stare at her lustfully and also make comments. Tacha only covered her nipples with paper tapes.
Recall that, Mike is the only married man in the BBNaija 2019, the young man there is really going through a lot of temptation in that house as Tacha reveals another side of her.
The act appears to be purposely done by Tacha to boost her popularity on social media. She appears to be an expert in controlling the minds of people. 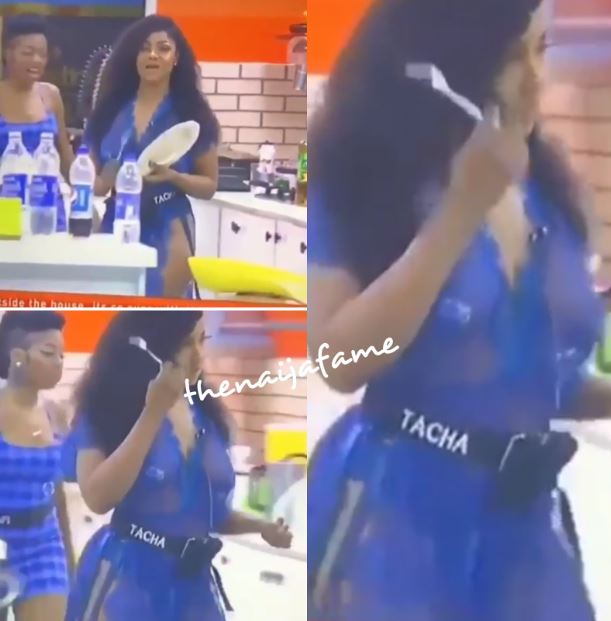