Wadume: DHQ Panel Concludes Report, What Might Happen To Soldiers


The Joint Investigative Panel, which is led by Rear Admiral Ibikunle Olaiya, has top officers drawn from several security agencies. 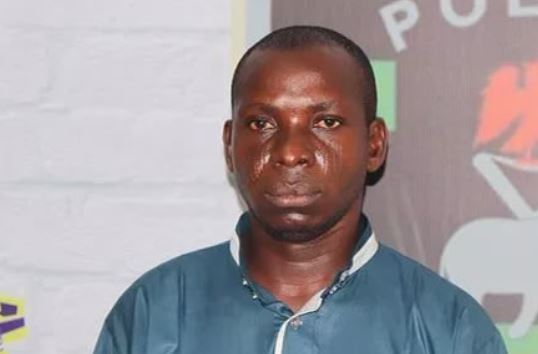 Wadume
The seven-man Joint Investigative Panel set up by the Defence Headquarters, Abuja, to probe the killing of three policemen in Ibi, Taraba State, has concluded its report and would submit it to the Chief of Defence Staff, Gen Abayomi Olonisakin, on Monday.
Top military sources said the report was believed to have indicted some army and police personnel as well as a few civilians, noting that the officers and soldiers would likely face court-martial and dismissal, “going by their level of culpability.”
The panel concluded its work on Friday after sitting for three days at the Defence Intelligence Agency, Abuja, during which it grilled army officers, soldiers, policemen and the suspected kidnap kingpin, Hamisu Wadume.
The Joint Investigative Panel, which is led by Rear Admiral Ibikunle Olaiya, has top officers drawn from the police, army, navy, air force, the Department of State Services and the DIA.
A source close to the panel had said the officers cross-examined Wadume, after he had earlier made some confessions in a police video, where he indicted army officers and soldiers over his escape.
The police had on Monday night arrested Wadume at a hideout in the Layin Mai Allo Hotoro area of Kano State, following a manhunt by the police special forces and Intelligence Response Team members in Taraba and the surrounding states.
In the video released by the police on Twitter, Wadume had said in Hausa, “My name is Hamisu Bala Wadume. The police came to arrest me. When they arrested me, the army chased after them and opened fire. From there, they (soldiers) took me to their headquarters and cut off my handcuffs and released me. I went back to my house, but the police came to re-arrest me.”
A source in the DHQ told our correspondent on Friday that the panel had concluded its work and culpable soldiers would not escape court-martial and dismissal.
The source did not know the number of officers and soldiers indicted by the report.
The source said, “The panel had been in Abuja for a few days. They sat at the Defence Intelligence Agency. The panel had put its report together. They are going to submit by Monday back to the CDS.
“All the officers and soldiers identified have already been grilled. The outcome and culpability of the personnel will determine their court-martial and dismissal. But if they are deeply involved, their trial is automatic.”
Military sources said that the custom was that the panel report would be approved by the CDS, and recommendations made before the details could be made open.
Top Stories