The libido of the Big Brother Naija housemates, Gedoni and Khafi might be taller than the mountain Everest if combined together. 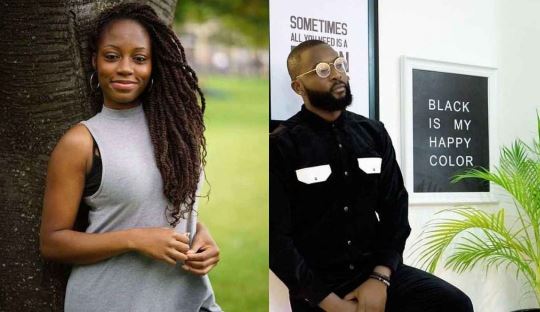 Khafi and Gedoni
For the 6th or 7th time in the reality show, Gedoni and Khafi have been caught romping under the sheets again.
Housemates have been complaining about the rapid disappearance of condoms in the house and the pair regarded as 'Khadoni' have been fingered. Gedoni who hails from Calabar, Cross River, a place famed for having virile men has been firing on all cylinders since he met Khafi, a UK police officer.
From all indications, it might take external intervention to stop the duo from having s*x as the tension appears so high. Last night, Gedoni who has been sharing the same bed with Khafi got in the right position and the steamy s*x started as usual.
There are fears that Khafi might get pregnant before the show ends in a couple of weeks. Things are taking a dramatic turn as Gedoni has been showing interest in anothr beautiful housemate, Venita.
Khafi stands the chance of losing her job in the United Kingdom after an expose on her sexual acts by a British newspaper. 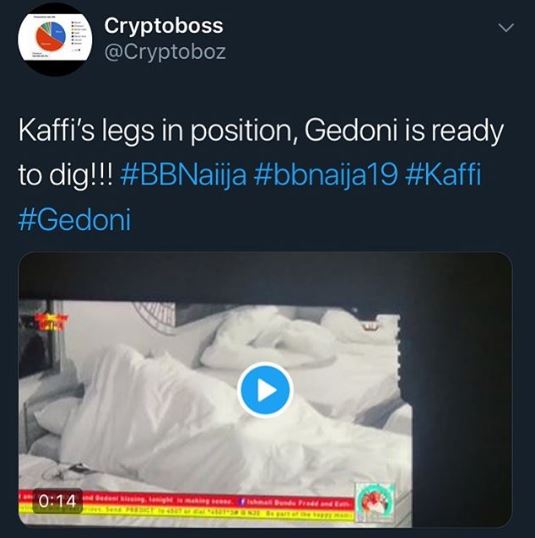 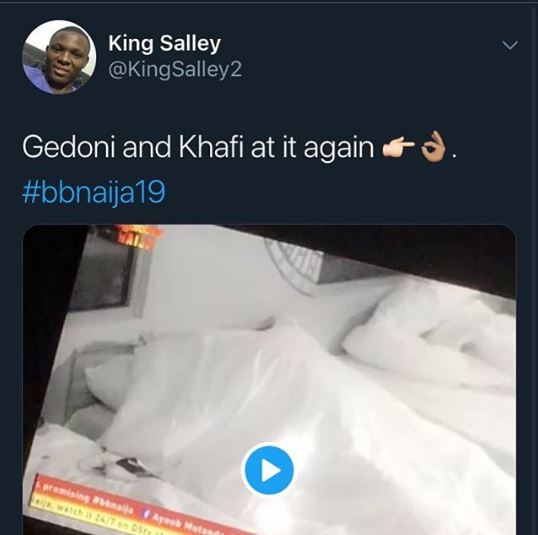 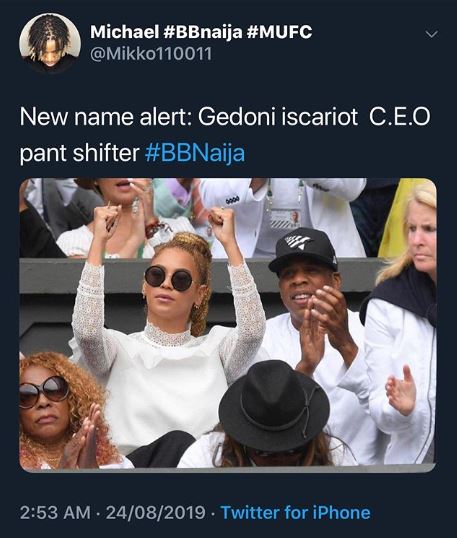