The evicted BBNaija housemate made the disclosure during the Sunday live eviction show. 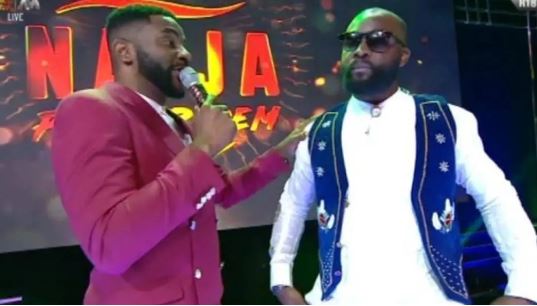 Ebuka and Gedoni
Evicted Big Brother Naija housemate, Gedoni, has revealed what he liked about fellow housemate, Khafi.
Gedoni revealed that he loved Khafi due to her ‘positive vibe.’
The evicted BBNaija housemate made the disclosure during the Sunday live eviction show.
Responding to a question from the host of the show, Ebuka Obi-Uchendu on what he liked about Khafi, Gedoni said: “Khafi has a positive vibe and she is sweet.”
It would be recalled that the BBNaija love-birds, Gedoni and Khafi, had on different occasions been caught in the house having passionate s*x under the dulvet while other housemates were fast asleep.
Top Stories