BBNaija: Jackye Reveals Who Should Win Reality Show This Year


According to her, she is just friends with Mike and sees him as a big brother. 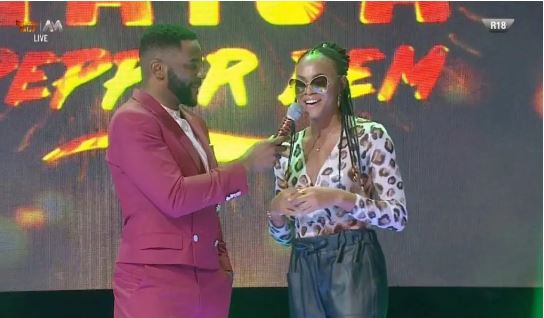 Ebuka and Jackye
Big Brother Naija, BBNaija housemate, Jackye, on Sunday said she would like a female to win the reality show this year.
Jackye, who was evicted during the live show on Sunday, told Ebuka she wants Mercy to win the show.
She said, “I want a lady to win this year, we haven’t had a female winner.
“I want Mercy to win the show.”
She also told Ebuka that her relationship with Mike was mutual and nothing romantic.
According to her, she is just friends with Mike and sees him as a big brother.
She said, “My friendship with Mike is mutual and business.
“He was there for me emotionally, he is my guy and a big brother to me,” she added.
Top Stories