John Dumelo just like many of his colleagues across the world has decided to give entertainment a break and try politics. 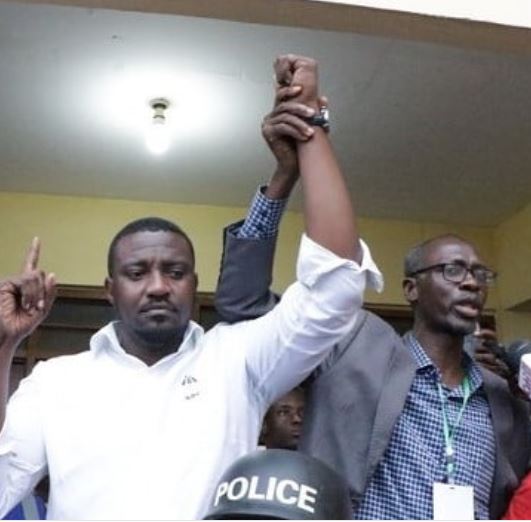 John Dumelo (Left)
John Dumelo has cleared the first hurdle of his dream to become a member of Ghana’s legislature.
The actor, on Saturday, annexed the mandate to represent the Ayawaso West Wougon Constituency of the National Democratic Congress (NDC) in 2020 elections.
Mr Dumelo, a newcomer to politics, pulled a resounding 758 votes to beat Madam Suzzy Afua Adoboe after counting was completed.
Madam Suzzy Afua Adoboe garnered a paltry 99 votes out of the 859 votes cast of with two ballots rejected. His victory was greeted with rapturous cheers from teeming supports who had gathered at the La Bawaleshie polling station.
Top Stories