Residents of the Badagry area of Lagos State were stunned to have found a python dangerously loitering around. 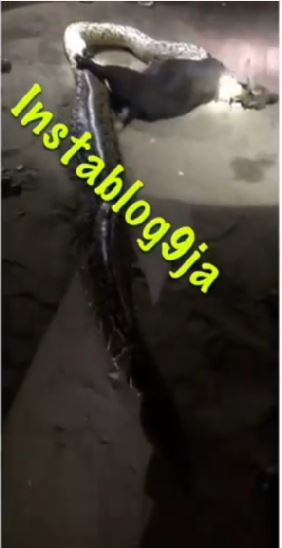 The python
This huge reptile was killed yesterday after it swallowed a domestic animal. It was so big that a gun had to be used to kill it to prevent any costly mistake.
According to reports, the animal struggled to get away as it was slowed down by the weight of the goat which was in its belly.
The goat was extracted from its body after it was declared lifeless.