The Governor of Akwa Ibom state has opened up on allegations that he gave tribunal over 1 million dollars. 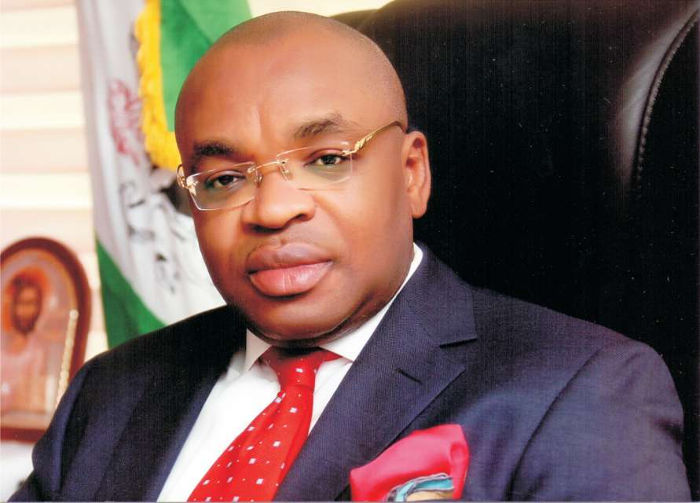 Governor Udom Emmanuel
The Akwa Ibom State Governor, Udom Emmanuel, on Wednesday asked those behind allegation of bribery against him to substantiate their claims with facts or face legal action.
A lawyer, Mr. Leo Ekpenyong, had alleged that Emmanuel doled out $1.5m to the panel Chairman, Justice W.O. Akanbi, to secure justice for the Peoples Democratic Party in the petition filed by Godswill Akpabio challenging the election of Chris Ekpeyong.
The lawyer had, in an interview with a local newspaper in Uyo,  accused the governor of trying to bend the course of justice in favour of Ekpenyong and the PDP.
But Emmanuel, in a statement by the Attorney-General and Commissioner for Justice, Mr Uwemedimo Nwoko, described the allegation as completely bereft of truth and asked Ekpenyong to substantiate his allegation with fact or be ready to face legal action.
“Leo Ekpenyong must produce factual evidence within seven days and publish same in three reputable national newspapers or be ready to face the full weight of his action in the court of law,” the statement read.
Top Stories