A Ugandan man has claimed that it is illegal, improper and irrational for the President to block him on social media. 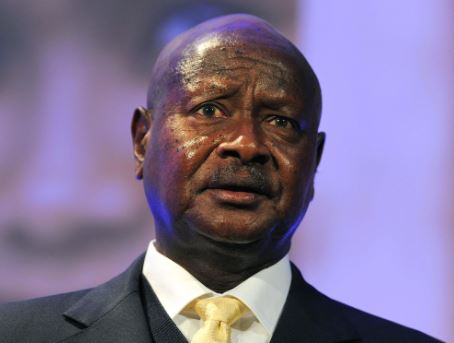 Yoweri Museveni
Mr Hillary Innocent Seguya Taylor of the Harvard University, has sued the Ugandan President Yoweri Museveni for blocking him on Twitter.

In his law suit filed before the High Court in Uganda’s capital Kampala, Mr Seguya stated that he is a Ugandan citizen pursuing a Master’s degree in International Relations.

He averred that the President and the two officials use their Twitter handles as public forums to disseminate information about activities of their public offices in their official capacities and to get feedback from citizens, and therefore blocking him is “illegal, improper and irrational”.

Mr Seguya said that as a citizen living abroad, he is only able to get information relating to his country’s governance and to communicate to the respective officers through social media.

His words, “That before being blocked, I used the same Twitter social media platform handles to communicate my views, dismays and suggestions to the respective officers.”
Top Stories