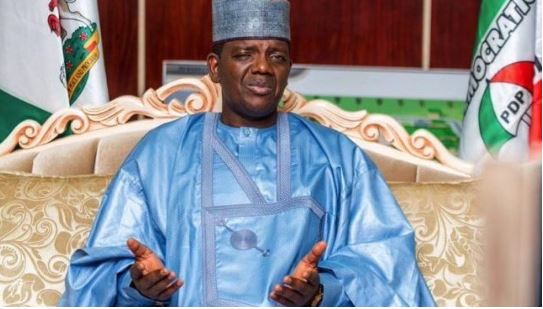 Governor Bello Muhammed Matawalle
No fewer than two policemen have been killed as thugs suspected to belong to a political party attacked the convoy of governor Bello Muhammed Matawalle of Zamfara state on Thursday, killing two armed policemen, leaving many with various degrees of injuries.
DAILY POST gathered that the armed bandits attacked the governor’s convoy very close to Funtua in Katsina State, a border town with Zamfara state.
All effort to communicate with the Director-General press affairs to the governor proved abortive as he was not able to pick phone calls to confirm the news.
It would be recalled that the sitting governor is currently in a running battle with the immediate past administration. Consequently, the governor has set up a committee headed by the immediate past deputy governor, Mallam Ibrahim Wakalla to investigate the immediate past administration led by Mr. Yari.
Top Stories