Ace Nigerian comedian Okey Bakassi has announced that his marriage to his beautiful wife which has produced kids is almost 20 years old. 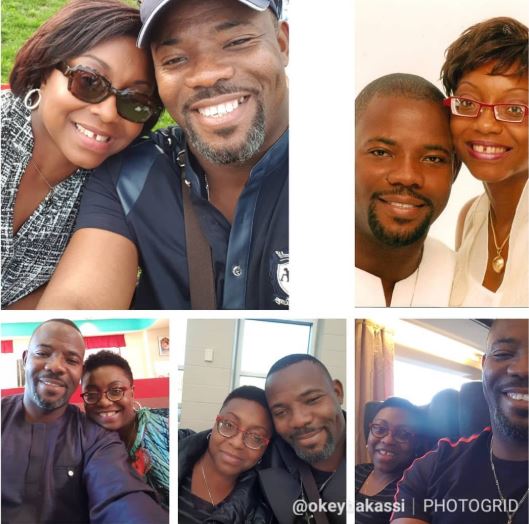 Okey Bakassi and Zizi
Popular Engineer-turned-comedian Okey Bakassi, and his wife, Zizi celebrates 18 years wedding anniversary as he shared adorable family photos.
In his caption, he natrated how they both lived together in boys quarters for many years before fortune smiled on them.
He is one of the most successful comedians in Nigeria and has travelled across the world.
It would be recalled that celebrity marriages have been crashing really fast in recent times, but the comedian and his wife are excited to still be sailing through for almost two decades. 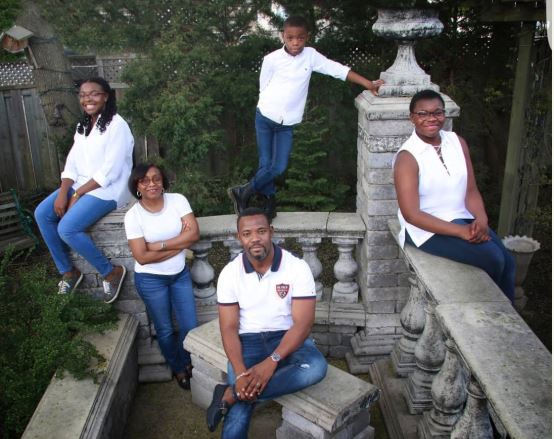 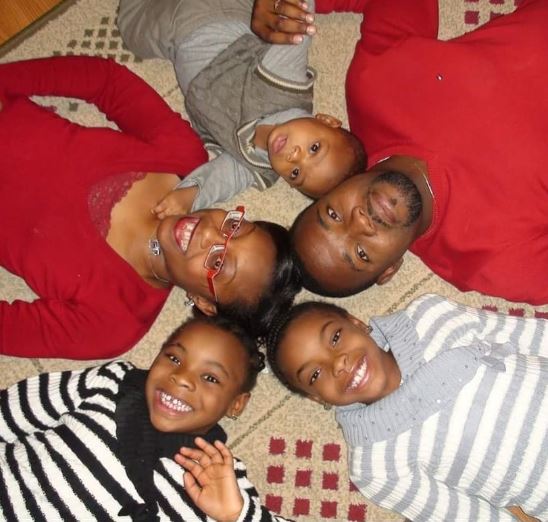 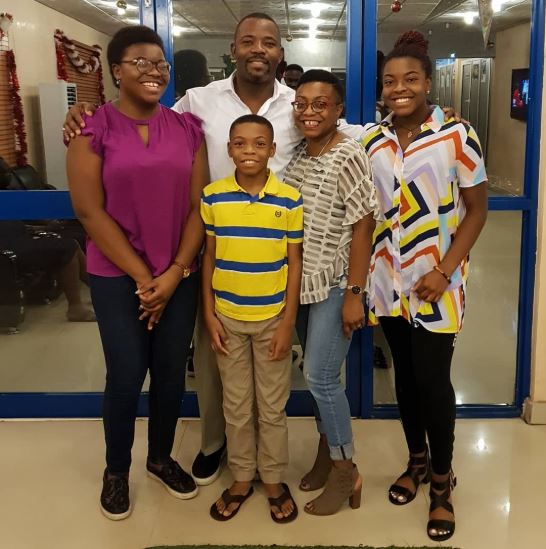 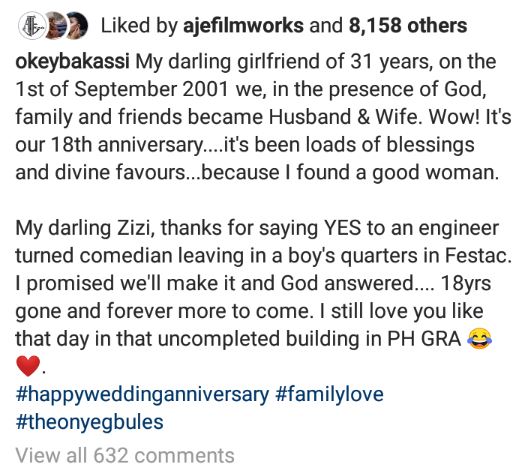