Egbegbe allegedly swindled the BDC operators out of the money by claiming that he had naira to change into foreign currencies and vice versa. 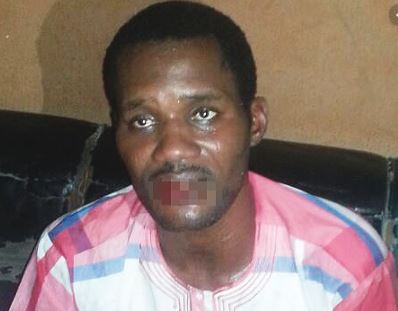 Seun Egbegbe
Nollywood film-maker and producer, Olajide Kareem, aka Seun Egbegbe, has spent over 30 months (two years and six months) in prison after he failed to meet the N5m bail granted him by the Federal High Court in Lagos.
He was incarcerated on February 10, 2017.
The 43-year-old had been arrested for allegedly obtaining money by false pretences from no fewer than 40 bureau de change operators in different parts of Lagos from 2015 to 2017.
Egbegbe allegedly swindled the BDC operators out of the money by claiming that he had naira to change into foreign currencies and vice versa.
The erstwhile Lagos socialite had been arraigned by the police for a series of fraud involving N39,098,100, $90,000 and £12,550.
Egbegbe and one Oyekan Ayomide were first arraigned on February 10, 2017, before Justice Oluremi Oguntoyinbo, on 36 counts bordering on advance fee fraud.
The charge sheet was subsequently amended twice, with the counts eventually increased to 40 and three other defendants – Lawal Kareem, Olalekan Yusuf and Muyideen Shoyombo – added.
The prosecuting counsel for the police, Innocent Anyigor, said Egbegbe and the other defendants acted contrary to Section 8 of the Advance Fee Fraud and Other Related Offences Act 2006 and were liable to be punished under Section 1(3) of the same Act.
They pleaded not guilty.
On February 24, 2017 Justice Oguntoyinbo granted each of them N5m bail with two sureties in like sum.
The judge said one of the sureties must be a civil servant on at least Level 16 and must own a landed property in Lagos State.
The surety, the court said, must deposit the Certificate of Occupancy of the landed property in the custody of the court.
Both sureties were to swear to affidavit of means, while their addresses were to be verified by the court registrar.
Oguntoyinbo ordered them to be remanded in prison until they meet the bail conditions.
Over 30 months after, Egbegbe has remained in the Ikoyi Prison, as he has been unable to perfect his bail conditions.
The police prosecutor, Anyigor, had told the court that he had no fewer than 40 witnesses, including the BDC operators, who would testify against Egbegbe and his co-defendants.
The spokesperson for the Lagos State Command of the Nigerian Correctional Service, Rotimi Oladokun, on Sunday confirmed that Egbegbe was still in custody, adding that his freedom was conditioned on his bail terms.
“It is not our fault. It is simply because he has not met his bail conditions,” he said.
Top Stories