The last is yet to be heard of the crisis which has befallen the marriage of handsome actor, Blossom and his beloveth wife. 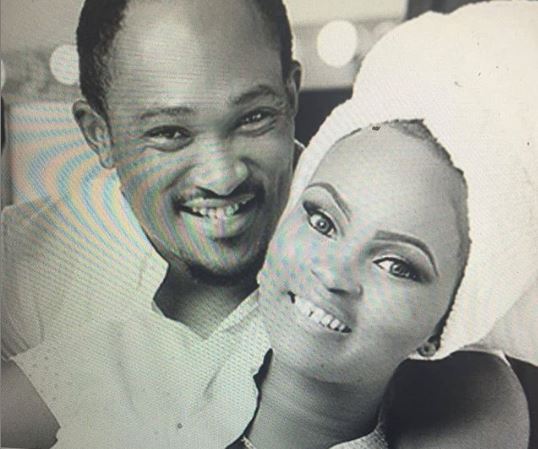 Blossom and estranged wife
According to inside reports,The marriage between the two  did not start off on the right note and that was why after the traditional wedding,it took another year to convince his family to allow the Marriage hold because they saw signs it was a sham.....Both were also coming from other relationships and yet to heal.

The insiders say top on the list of what crashed the Marriage was the disrespect from the wife to husband... ''He could not control how she treated him disrespectfully and nasty before other and even when she visited him on movie sets,people avoided her but noted that she had no regard for him''.

''She didn't want to get pregnant yet and kept postponing,it had nothing to do with Blossom avoiding her ovulation periods,she still wanted to enjoy life before Motherhood came knocking but her in laws kind of put a little pressure on her but she stood her ground....

''There was also lack of trust between them and there are allegations of infidelity which he could not stomach anymore....She also allegedly accused him of still dating an actress who was his ex but the straw that broke the camels back was when she went to London and allegedly came back with something that crashed the Marriage totally......He couldn't not stand what he saw and her explanations did not  fit with her story ,he stormed out of the house and all her pleas that they make up fell on deaf ears....No husband will take what he saw from a wife who does not respect him.''

Insiders also whisper that Maureen is not in good terms with Blossoms Mum and both currently block each other on phone.....

''Her Father loves her so much and has tried to help her make the Marriage work but its not working .''

My findings reveal that friends of Maureen are the ones suspecting someone might be pregnant for him as he moved out but there is no one confirmed to be carrying his child...

The actor took a walk from home three weeks ago,he has packed out all his belongings and blocked Maureen on all social media and on Thursday September 5,2019,Blossom's family was supposed to return the Bride price to her family.

Insiders conclude that Maureen will be a year older soon and is allegedly planning a photo shoot that will shake social media.....According to the source ''Now that the News is out that they are no longer together,they can stop pretending and hiding their status and just live their lives...life goes on'''

Attempts to contact the estranged couple proved abortive as neither responded to my attempts....They have a right of response to balance this story or refute it.
Source: SDK
Top Stories