BBNaija 2019: Here Are The 3 Times S*xual Harassment Was Perpetuated By Male Housemates


The PepperDem season has had its own share of sexual harassment - the show's Saturday parties where housemates are given access to surplus alcohol is an inducer. 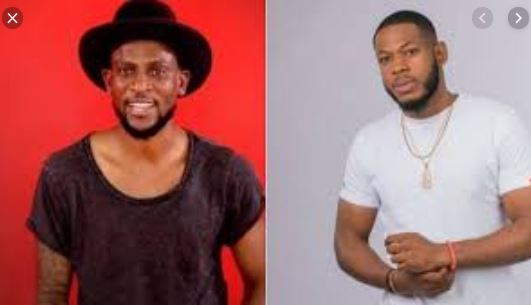 Omashola and Frodd
Big Brother Naija has always been an interesting snapshot of how gender plays out in the society – the reinforcement of gender roles and sexism, where a male housemate considers himself  “superior” to a woman, and the everyday sexual harassment that women have had to deal from men with since forever.
All of it, of course, is rooted in patriarchy (tired of the word? look up South Africa’s femicide rate and how women are raped alarmingly). As a reality show, Big Brother Naija tends to gloss over sexual harassment perpetuated by male housemates, unless it’s something undeniably predatory like when Kemen from the third season was caught on camera groping TBoss while she slept, which led to his automatic disqualification.
The PepperDem season has had its own share of sexual harassment – the show’s Saturday parties where housemates are given access to surplus alcohol is an inducer. That said, here are three times female housemates have been subjected to sexual harassment, and the male housemates that perpetuated them:
3. Omashola

Before Thelma was evicted from the show, there was the incident of Omashola walking in on her while she was in the bathroom. It was a mistake – he hadn’t realised that she had occupied the place and apologised quite profusely to her. Frankly, I gave Omashola the benefit of the doubt which was informed by the fact that humans are prone to make mistakes. But we live in a patriarchal society where men are socialised into being territorial, taking up space and exerting dominance.
Ordinarily, this particular action from Omashola shouldn’t have counted but – spoilers – he occupies number one on this ranking, which just gives more legitimacy to the buzzy, anti-patriarchal statement ”Men Are Trash” and how no matter how innocuous a man might present himself, he is still capable of giving into ingrained patriarchal impulses.
2. Frodd
As a couple, Frodd and Esther’s relationship has been one of the romantic fuel on the show, and Frodd showing emotional vulnerability around her was cute. But weeks ago, and before Esther was eliminated, the couple had been playing around after a Saturday party where Frodd ended up on her bed.
Then Frodd made her really uncomfortable by pushing his shorts down while pressing himself against her. Viral clips of this scene surged on the internet. In it, Esther was pointedly telling Frodd that she wasn’t joking.
Quickly, Frodd was summoned by Big Brother and it was obvious that he was reprimanded and asked to behave appropriately.
1. Omashola
Although Big Brother Naija is for a mature audience, it still doesn’t mean housemates have the latitude to make others feel objectified or degraded. Last week, Omashola tried to simulate sex behind Venita with a visible erection through his briefs. The act was done playfully, and you can see from the clip below that Venita pushed him off with a hand, only for him to repeat it.
This is sexual harassment. Period. But it’s pathetic that male viewers and those commenting online found it hilarious. What’s so funny about a man imposing himself on a woman with an erection, given how this is exactly how women are raped and sexually assaulted outside of the house?
Also, this is how rape culture is enabled, through jokes and inaction. Importantly, it makes one wonder why there isn’t a stiff penalty for sexual harassment on the show this year.
Source: Ynaija
Top Stories