Horror! Driver Who Was Rescuing Accident Victim Gets Crushed To Death While Fleeing From Mob


A driver who was trying to rescue an accident victim has ended up being crushed to death while fleeing from a mob. 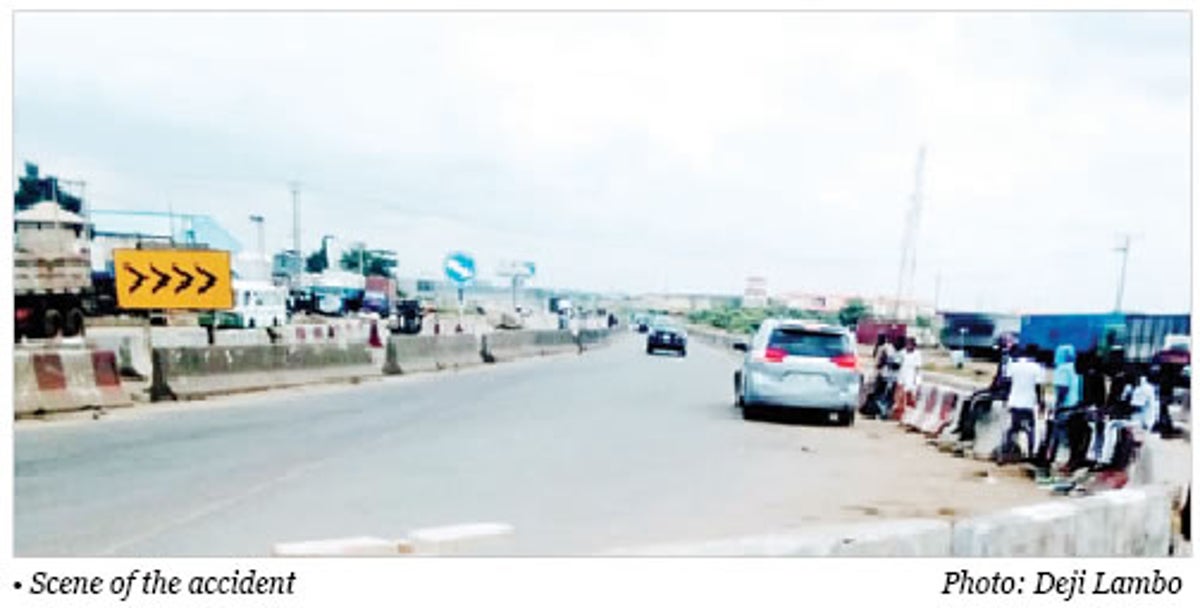 According to a report by Punch Metro, a yet-to-be identified tipper lorry driver has been crushed to death by a commercial bus driver in the Kara-Ibafo area of the Obafemi-Owode Local Government Area of Ogun State.

The tipper lorry driver was said to be fleeing from an angry mob of traffic hawkers, who descended on him for knocking down one of their fellow hawkers, who was knocked down by the driver around Kara-Ibafo on the Lagos-Ibadan Expressway, on Friday.

It was learnt from eyewitnesses that some hawkers were playing by the roadside when one of them suddenly pushed the victim into the path of the tipper lorry, which rammed him and broke his leg in the process.

In a bid to rescue the hawker, it was learnt that the tipper lorry driver parked the vehicle, but the friends of the victim, who were angered by his condition, reportedly attacked the driver.

The driver, while fleeing from the mob, was said to have crossed the expressway without properly monitoring vehicular movement and was crushed to death by a commercial bus, which was on top speed.

An eyewitness, who identified himself simply as Ibrahim, while condemning the attack on the driver, said those who assaulted him ran away after the bus had knocked him down.

He said, “The hawker and his friends usually hawk in traffic on the expressway, but on Friday, the boy and his fellow hawkers were playing by the roadside when one of his fellow hawkers suddenly pushed him. It happened unexpectedly, so, the tipper lorry driver, who was driving on the road at that time, rammed the boy and broke his leg.

“The driver quickly parked his vehicle and rushed to rescue the boy, but his friends attacked and assaulted the driver. When the assault was getting out of control, the driver fled for his life and crossed to the other side of the road without looking properly. So, immediately he crossed the road, a commercial bus, which was on top speed, crushed him and he died on the spot.”

Another eyewitness, Saheed Aruna, blamed the mob for the driver’s death and urged the police to investigate the matter to ensure that the suspects were arrested and prosecuted.

Aruna stated, “The boys attacking the driver before he got knocked down were responsible for his death; you need to see the way they pursued him with sticks and it wasn’t as if he ran away when the accident happened. I saw his motor boy crying when the bus crushed him to death.

“I heard that the police have arrested some of the hawkers responsible for the attack on the driver. The police should ensure that the remaining ones are arrested so that they can all be prosecuted.”

Amiru Huwal, who was also at the scene, while lamenting the rate at which accidents occurred around the Kara-Ibafo area, blamed the ongoing reconstruction of the Lagos-Ibadan Expressway for the calamities.

He, however, urged the government to ensure that the engineers handling the project hasten the process to avert further tragedies.

Huwal said, “The accident happened around 2pm on Friday, September 6, 2019; no one would have died, but the hawker’s friends did not exercise patience. The ongoing reconstruction of the road is contributing to the constant accidents around this area. The engineers have divided the outward lane of the road into two and blocked one part where construction is ongoing.

“The remaining part was divided into two for vehicles going in and out of Lagos to ply, but the road is very narrow and when drivers want to overtake or are driving on top speed, accidents usually occur. We want the government to instruct the engineers to hasten the construction so that further accidents can be prevented.”

The state Police Public Relations Officer, Abimbola Oyeyemi, who confirmed the accident to our correspondent, said the bus driver, who crushed the deceased to death, was at large, adding that investigation into the matter was ongoing.

He, however, condemned the mob action as he urged people to notify the police any matter that required attention instead of resorting to jungle justice.

Oyeyemi said, “It was a case of hit-and-run motor accident; as the vehicle hit the tipper lorry driver, the bus driver did not stop, but we are still investigating to get him arrested. At first, the police did not know that some people had descended on the tipper lorry driver; it was later that we got to know that some people were pursuing him and in the process of running away from them, another vehicle hit him.

“We have evacuated the corpse to the mortuary and we are investigating to get to the root of the matter. We have been saying that jungle justice is not the right way of doing things; how can people be taking the law into their own hands? It is not acceptable anywhere, because it is barbaric.

“If there is an accident or any issue that requires police attention, the best thing to do is to report to the police so that the needful can be done. Nobody is allowed to take the law into their own hands.”
Top Stories