Atiku had told the tribunal to nullify Buhari's election and declare him the authentic winner of the election. 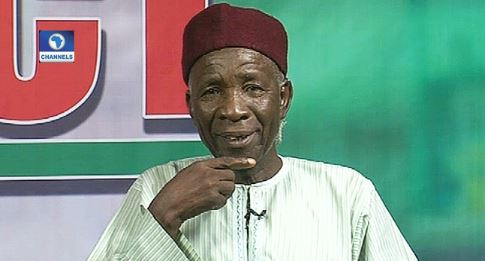 Alhaji Buba Galadima
Alhaji Buba Galadima, a spokesman of the Peoples Democratic Party (PDP) in the 2019 general elections, on Wednesday said Nigerians have been thrown into a mourning mood following the victory of President Muhammadu Buhari at the Tribunal.
Galadima, who spoke on Channels Television, said many Nigerians believed they have been robbed.
The Presidential Election Petition Tribunal had held that Atiku Abubakar and the PDP had failed to discharge the burden of proof of the allegation of non-qualification of President Muhammadu Buhari to contest the February 23 general election.
Atiku had told the tribunal to nullify Buhari’s election and declare him the authentic winner of the election.
But delivering judgment, Justice Mohammed Garba, held that evidence before the court shows that Buhari won the election.
Top Stories