Karoui, the owner of Nessma TV channel, was detained three weeks ago on suspicion of tax evasion and money laundering. 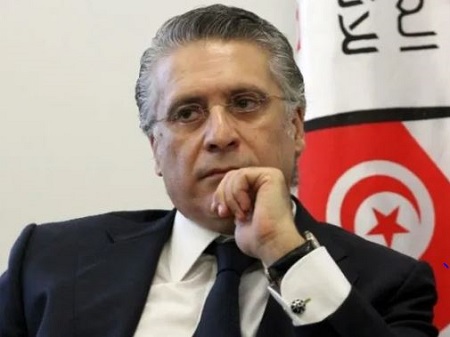 Nabil Karoui
Tunisian media mogul, Nabil Karoui, a front-runner in Sunday’s presidential election, has started a hunger strike in prison, demanding to be allowed to vote, his lawyer said on Thursday.

Karoui, 56, owner of the Nesma TV channel, was detained three weeks ago on suspicion of tax evasion and money laundering. His main rival, among 26 other candidates, is Prime Minister Youssef Chahed.

“Karoui started an open-ended hunger strike since Wednesday to demand his right to vote on Sunday,’’ his lawyer, Ridha Belhadj, told Reuters.

A court of appeal is due on Friday to hear Karoui’s request to be released pending a final verdict in his case.
Top Stories