A popular rapper has shocked many people when he lifted Boris Johnson's "head" during a stage performance. 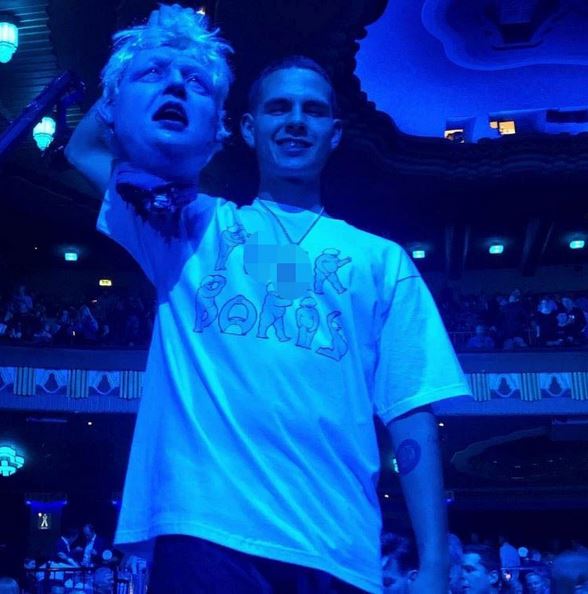 The Brit stripped to the waist and yelled "f*** Boris Johnson. F*** everything" during the show at the Eventim Apollo in London, which was being live-streamed on the BBC.
Slowthai, real name Tyron Frampton, was cheered as he left the stage after performing song Doorman.

Award host Lauren Laverne said after his rant: "slowthai, with his own views there." 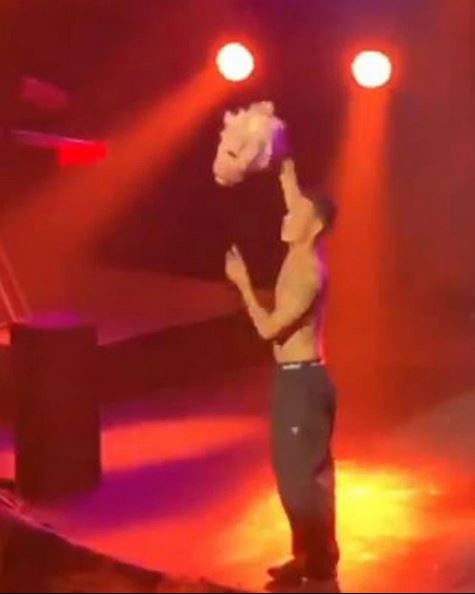 He later posed on Instagram wearing a t-shirt in a "f**k Boris" t-shirt as he posed with the effigy of the Prime Minister's decapitated head.

Tobias Ellwood told Sun Online: "This stunt didn’t attempt to criticise policy or any one issue, but sickeningly attacked an individual."

Mark Francois said: "I have never heard of Mr slowthai, but clearly he would never win many points in an etiquette contest.

"Personally, I think holding up a purported severed head of the Prime Minister is extremely distasteful, and I think most fair-minded people would think likewise." 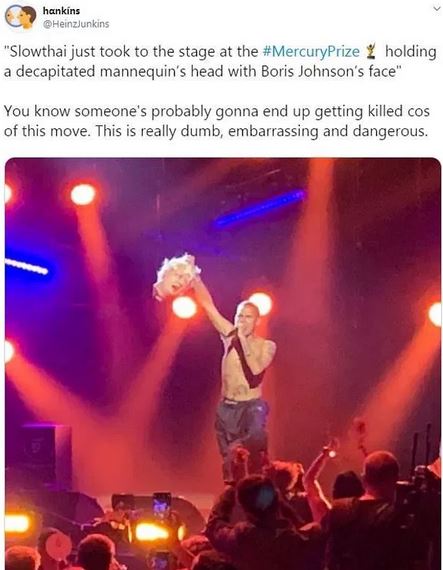 Slowthai's antics stunned viewers, who took to social media to tweet about his act.

One person said: "Someone's probably going to end up getting killed because of this move.

"This is really dumb, embarrassing and dangerous."
***
Source: The Sun UK
Top Stories