She alleged that her husband suggested that giving the child to his relative in exchange for money would solve their financial challenges. 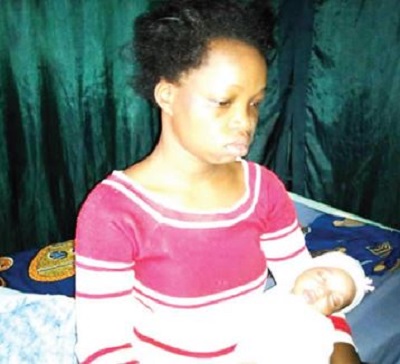 Mrs Ruth Ekechuwu
Three months after giving birth through caesarean method, a 23-year-old woman, Mrs Ruth Ekechuwu, has been abandoned in hospital by her husband, Onyedinma.

The woman, who spoke to our correspondent from the Saint Mary’s Hospital, Umunachi in the Isiala Mbano Local Government Area of Imo State, where she was delivered of a baby girl on June 12, said the hospital had stopped taking care of her and her baby because of her inability to settle the N135,500 bill.

The woman, who could not hold back tears, said her husband abandoned her and the child when she resisted his plan of transferring the newborn to a relative.

She alleged that her husband suggested that giving the child to his relative in exchange for money would solve their financial challenges.

Ruth stated that since she rebuffed her husband, he left and had yet to return to the hospital three months after.

The nursing mother said apart from withdrawing its services from her and her baby, the hospital insisted that she must settle the bill before she and her child would be allowed to leave the facility.

While calling on kind-hearted Nigerians to come to her rescue, Ruth noted that apart from finding it very difficult to eat, her child was exposed to mosquitoes and other infection.

She stated, “I want Nigerians to please come to my rescue. My husband abandoned me and the baby three months ago simply because I resisted his suggestion of selling our child to a relative for money. Besides he has no job. He can’t afford the N135,500 hospital bill.”

“We can hardy eat. This is my first child and I was delivered through caesarean section. The hospital has since withdrawn its services to us. My baby is exposed to mosquitoes and other infection. Please I want good Nigerians to come to my rescue. I want to go home.”
Top Stories