Actress, Etinosa Opens Up, Reveals Why She Left Her Oil Firm Job For Acting


Nigerian comedian and actress, Etinosa has opened up about her life, revealing why she left her oil firm job to act. 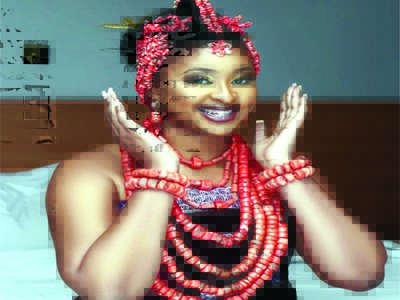 Delta State-born actress and comedian, Etinosa Idemudia, launched her career in acting in the sitcom Chairman. She later produced her first feature film, The Washerman, and has since grown to become a household name. The actress, who sparked controversy when she appeared nude on a live video recently, speaks with ADENIYI ADEWOYIN in this interview.

What have you been up to?

I just concluded principal photography for my latest movie titled ‘Game Up’. It’s a crime, romance, drama movie. Right now, it’s in the studio in the post production stage and by God’s grace it should be released shortly. While ‘Game Up’ is in the studio, I’m also working on another movie we are still in the script writing stage but hopefully by next month I should hit location again to start filming.

What other project are you working on?

Aside from ‘Game Up’, I’ve also gone on international tours to see my fans outside Nigeria, hosting events in and outside Nigeria which is something I really love to do and also not forgetting brand influencing, advents and just being my humble self. However, currently I am working on another project. I haven’t concluded what the title will be but it’s still in the script writing stage and the plan is to shoot a movie outside Nigeria and in Nigeria. It’s a movie about Nigerians travelling out to look for greener pastures and what exactly defines outside the shores of this country. It’s a very amazing drama that I can’t wait to start filming shortly that would be in October when I travel.

How would you describe your journey into Nollywood?

My journey into Hollywood has been nothing but grace. First of all, everybody’s journey is unique, everybody’s journey is different. So, mine has not been completely smooth. Of course, nothing is perfect but it has been rewarding, it has been challenging, it has been motivating and I can only say that I am grateful to God for all the good things that have come my way. For the challenges, the battles and the triumph that I keep getting daily as I grow. I am also very grateful about the people that I have met in Nollywood along my journey – the producers, the marketers, the distributors, the exhibitors and most importantly the fans. My journey to Nollywood has been a success because of these people who believe in me, who love me, who support me, who watch my skits in YouTube, people who talk about me, both good and bad. My journey wouldn’t have been this successful without these people.

What has been you biggest decision ever?

For now, I will say one of the biggest decisions I’ve had to make was to turn my back on oil and gas industry where I worked for three years as a planning engineer for oil and gas construction projects. I know it was a very juicy job. I enjoyed my stay there, my company was amazing. They treated me so well. Funny enough, I had a time allowance to practice acting because they knew I wanted to practice being an actor.

They knew I wanted to switch professions and as valuable I was in that company, they came to a compromise that ‘we don’t want you to go. What if we give you like two days in a week, so you can go and act and come back?’ But I told them it’s not that easy. You can’t tell which time movie projects are going to come up. And sometimes, if you are the lead, you can’t say you are going to shoot just for two days and go back to your work if you really want to be successful in acting. In the movie industry, you can’t be part-time. It was a very emotional decision for me because getting into the movie industry when you don’t have a face, you don’t even have experience, nothing is ever easy at the beginning. So, starting from the scratch was a very big challenge for me and that was one of the boldest steps I’ve had to take – relocating to Lagos State where I had no house, I had no solid friends, I had no relatives. I was such a bold girl, packing my bags one day and said, ‘you know, what let’s do this!’

Were there fears of not attaining your set goals?

Of course there were fears. Everybody has this moment of second guessing at some point where things are not going smoothly as planned. But one thing I am lucky about is that I did not have big expectations from the beginning, so my disappointments were never ever very serious enough to turn me back. So I knew I had to work. I knew it would take time, it wasn’t going to me immediate. The times of success that encouraged me to say, ‘oh wow! I’m in the right place’ were more than the times of failure to make me think like I may not achieve but definitely along the line I had demonic whispers like e be like say you don mess up o. But quitting wasn’t an option because I knew my parents were waiting for me to say ‘mummy, daddy I made a mistake’, so I said never and I kept pushing and pushing and I am still pushing anyway.

What do you love most about being an actress?

I can become anything I want to be. My mind has the opportunity to run wild and create different characters. Today, I could be a nursing mother, next tomorrow a doctor, three days later I’m playing a role that I am probably an engineer or a witch or a criminal. The fact that I get to live different people’s lives and experience different people’s character without changing my own real life. That’s dope.

How do you easily switch from your normal self to a character?

It’s by focusing. The mind is one of the most important tools of every actor and my ability to programme my mind to become the character is how I switch from my normal self to the character by believing who I now am, which is the character. It’s only done through the mind.

Who has been your greatest supporter of your craft and how?

My greatest supporters would be my parents. They’ve been my strongest support system ever. My parents, my family they’ve just been too good. When I was still upcoming and nobody cared to pay me for work, I had my money from my last job but there’s something about money and not having a strong source of income at some point you start getting broke and unsure of your new decision. My parents were always there to always send me money and send me encouragement even though they didn’t approve. But somehow they just didn’t want to make me feel bad, so they were there for me and then when things started getting better in the industry of course they were there to celebrate me as well. Even when scandals came you know you expect your parents to join the public and condemn you but my parents were always there by my side and that makes me want to do better. That makes me always want to make dem proud.

You are now referred to as a controversial actress due to your live video with Mc Galaxy. Some people are of the opinion that you were drunk and all that happened was a stunt to gain more fans…

The video has only come to create a very big platform for me to express myself, to show my talent, to show my craft, to create more art and entertain more people. It was a seeming obstacle that turned into a stepping stone. So, I wouldn’t say it has caused me anything bad or it has reduced me or taken me backwards. No, I would say that every disappointment is a blessing in this case. So it has given me a very big platform.

It seems you have a flair for music. Will you be giving it a try someday?

I’m very shocked that you know about my flair for music. I love music so much. I don’t know. I probably will be giving it a try someday. I think so.

In the course of your job, have you ever gotten lost in a movie role? Maybe while playing a romantic role you eventually caught feelings…

In the course of my job, yes. I can recall one time when I bonded with my male counterpart in such a beautiful way that it became almost real, so the chemistry on screen and off screen was really strong. But immediately after we wrapped production, everybody went their separate ways.

Some actors have said they choose who to kiss in movies. Do you also do that and why?

Well, I don’t know much about choosing who to kiss or who not to kiss but when you become a new character you have to live the life of that character and if that character has to kiss someone then as a professional it shouldn’t be a problem.
***
Source: The Nation
Top Stories