A man who wanted to deal with his ex-wife has been arrested after driving a van into her home. 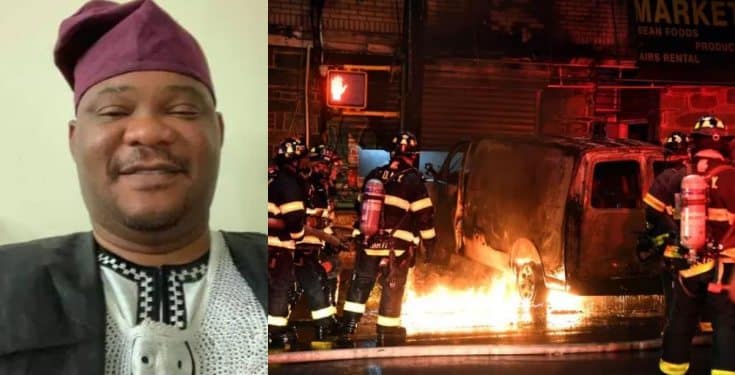 Anthony Imafidon
42-year-old Anthony Imafidon has been arrested for intentionally crashing a van into the Staten Island building where his ex-wife, Bisi, lives in the U.S.
The incident happened just before 11 p.m. on Sunday and it was captured on video. Police believe he had an incendiary device in the van, which sparked the fire.
Fortunately, his ex-wife and children — a 15-year-old girl, a 13-year-old boy and an 11-year-old boy -— and others inside the building were not hurt. Officers said they don’t know what prompted the incident.
Imafidon, who holds a first degree in Economics from Bayero University, Kano and a second in Psychology from the Staten Island College, was taken to Richmond University Medical Center and later released to police custody.
The suspect, who is the owner of Pride African and Caribbean Store on Staten Island, has been charged with attempted murder, attempted assault, arson, criminal mischief, reckless endangerment and child endangerment.
See more photos below: 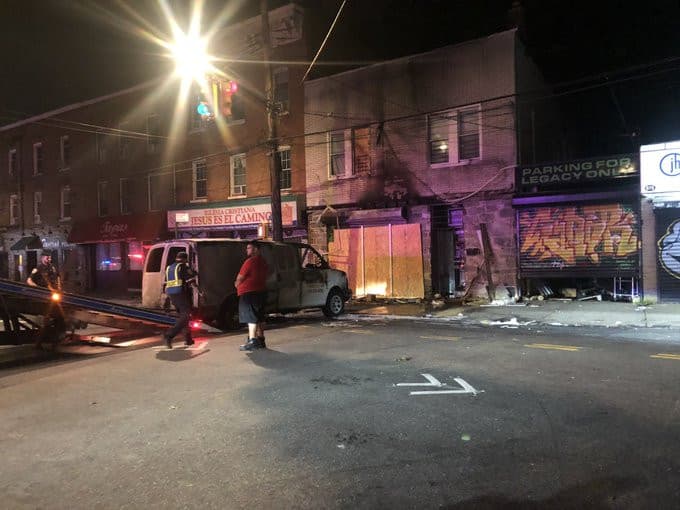 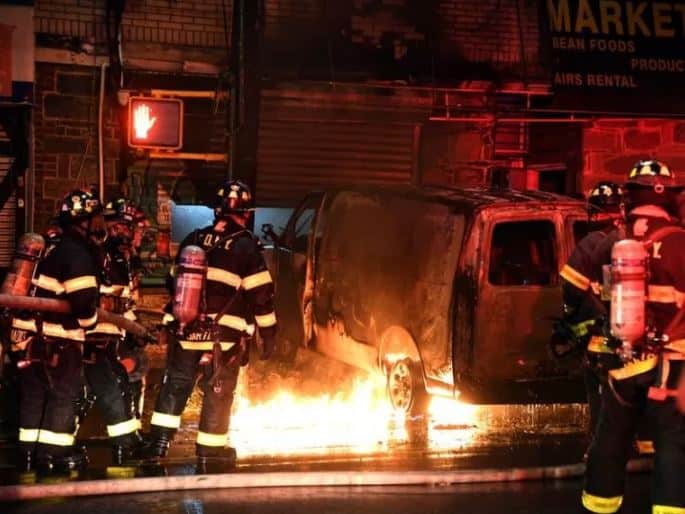