The Edo State Governor, Godwin Obaseki has been disgraced by protesters on the streets of New York. 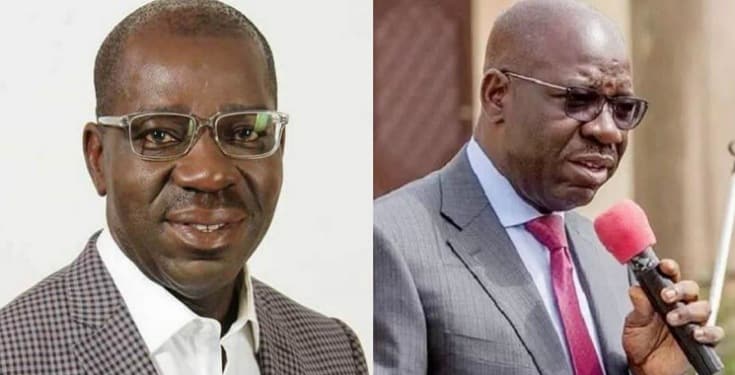 Governor Godwin Obaseki
Angry protesters at the 74th United Nations General Assembly have humiliated Governor of Edo State, Godwin Obaseki after he was spotted walking outside the UN building in New York.
According to a video shared by LIB, the protesters were heard shouting and screaming at the top of their voices, accusing Governor Obaseki of failing them.
In their words, ‘thats Obaseki right there! Obaseki Ole! Ole!, you have failed! Ole! Did you see good roads?’

The Governor of Edo State, however ignored them and chose to engage an unidentified person in a conversation.
Recall that Senator Ekweremadu was also attacked in Germany by angry Nigerians. A video of the senator being humiliated and stoned by Nigerians went viral last month.
See the video below: