The APC has reacted to alleged presidential campaign posters of some of its chieftain making the rounds. 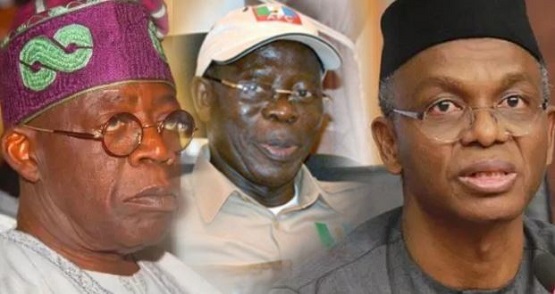 Bola Tinubu, Adams Oshiomhole and Nasir el-Rufai
The All Progressives Congress has accused the opposition Peoples Democratic Party of being behind the recent 2023 campaign posters of some chieftains of the ruling party.

The APC dissociated itself and its members whose names and images appeared on the posters, saying the PDP circulated them to achieve a failed devilish aim.

Those whose images appeared on the posters for the 2023 presidential campaign were the APC National Leader, Asiwaju Bola Tinubu; the National Chairman, Adams Oshiomhole; and the Kaduna State Governor, Nasiru El-Rufai.

The APC National Publicity Secretary, Mallam Lanre Issa-Onilu, told journalists in Abuja on Thursday, that the party members were focused on governance and delivery on the party’s mandate instead of issues around 2023 elections.

He said, “As a party, we want to state clearly that having won elections convincingly and having been given the mandate to run government for the next four years, our major and only focus now is governance.

“It is strictly part of the strategy of a party that is supposed to provide alternative to our governance model and since they do not have such, the only thing they can do is to continue to throw spanners in the works.

“So, we urge all our members to focus on what is important to us and so we dissociate ourselves and our leaders from such issues that have to do with elections.”

‘No rift between Buhari, Osinbajo’ 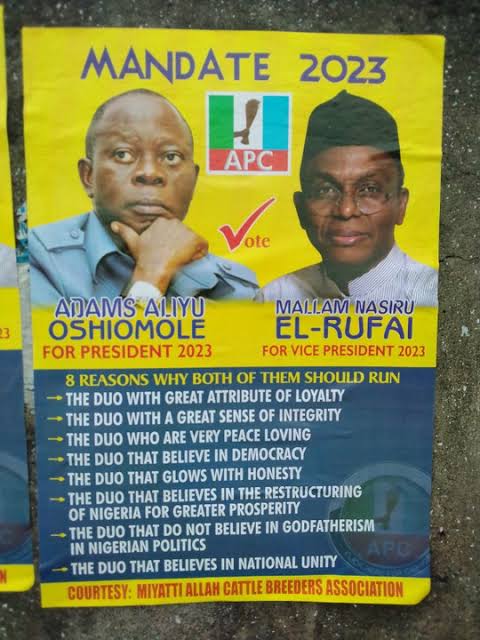 Also, the APC and the governors elected on its platform have denied that there is crack in the presidency.

The Lagos State Governor, Babajide Sanwo-Olu, who spoke on behalf of his colleagues at the inauguration of the Progressives Governors Forum Media and Communication Steering Committee in Abuja, denied insinuations of a strained relationship between President Muhammadu Buhari and Vice-President Yemi Osinbajo.

Sanwo-Olu, who is the chairman of the committee, was represented at the event by his deputy, Obafemi Hamsat.

El-Rufai, who is the co-chairman, was represented by his Special Adviser, Muyiwa Adekeye.

The committee is to dialogue and showcase various programmes of the APC states.

Sanwo-Olu said, “There is no crack; it is in the realm of gossips. By the time they said that, the Vice-President went to Zimbabwe to represent this country. It was the prerogative of the President but he nominated him.

“So, we don’t listen to rumours; we deal with facts and the fact is that they are working together.”
Top Stories