Nigerian singer, Peter Okoye has denied promising to give Tacha the sum of N60 million if she does not win the BBNaija show. 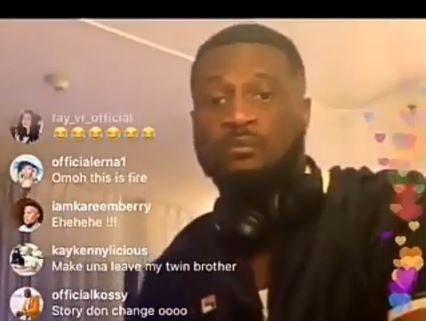 Superstar musician Peter Okoye has denied promising to give Tacha, who was disqualified on Friday from #BBNaija whether or not she wins the reality show.

Okoye was seen in a live video promising to give the controversial the prize money whether she won or not.

However, Okoye realeased another live video on Friday to debunk the promise.

He said he never promised to give Tacha any money.

Peter went ahead to pledge to give N10million to anyone who can provide a video evidence or a tweet where he promised Tacha N60million.

BBNaija: Lilo And Ka3na Become The First Housemates To Be Evicted
Recent Stories