A source in the church said the action of the police might not be unconnected with the lingering crisis rocking the church. 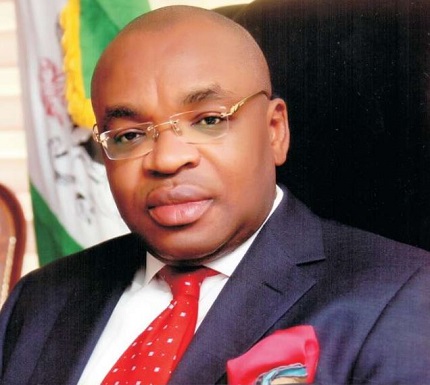 An aide to Emmanuel, who confirmed the incident but pleaded anonymity said, “Yes, I saw something like that this morning when I was passing by Ikot-Ekpene road.

“I saw the Police gather and about three vans; and worshipers in large numbers.”

It was gathered that the Police arrived the church premises as early as 6am and barricaded the entrance, preventing early morning worshipers from going in to worship.

Attempts by our Correspondent to establish reason behind the issue was unsuccessful as at Press time, as the Police Public Relations Officer’s line was switched off, while the Commissioner of Police, Zaki Ahmed, did not pick his calls.

But a source in the church said the action of the Police might not be unconnected with the lingering crisis rocking the church, in which some persons have been accused of having personal interest.

Speaking on Sunday, Governor Emmanuel declared that he had no personal interest in the crisis, adding that he was rather committed to ensuring that peace returns to the United Evangelical Church which was originally founded as Qua Iboe Church.

He said, “It is very wrong for certain elements to make unfounded allegations concerning my role in the local assembly on Ikot Ekpene road.

“The parties were very satisfied with the plans outlined and went back very happy.

“Very soon, we hope to see the full restoration of peace and understanding between the two groups.”
Top Stories