Mrs Audu said that her decision to contest on YPP's platform was informed by the party's grassroots support and ideology. 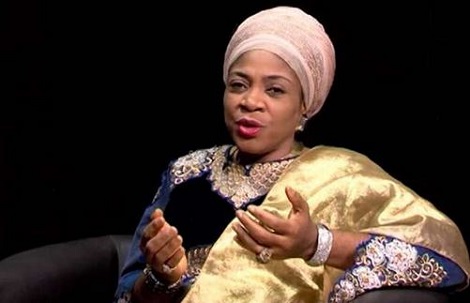 A statement from her Media Office made available to Journalists in Abuja on Wednesday stated that Audu is contesting on the platform of the Young Progressives Party, YPP, adding that she would soon commence political activities across the three Senatorial Districts of the State.

She said that her decision to contest on YPP’s platform was informed by the party’s grassroots support and ideology.

The statement added that the political structure of her late husband, Prince Abubakar Audu would be incorporated into the party to drive the vision of the state.

“YPP has deepened its root in past months in Kogi State.

“The late Abubakar Audu/Faleke political family would be part of the structure in order to bring to reality what the late Audu would have accomplished for the state before he died”, the statement stated.

Audu who hailed from Kogi East was among the three female candidates on INEC’s final list to contest November 16 gubernatorial election with Mr. Suleiman Ozigi from the Central Senatorial district as running mate.

“She has scaled through the Independent National Electoral Commission process; her name has been published as a candidate. It’s now time for electorate in Kogi State to rally round her”, it added.
Top Stories