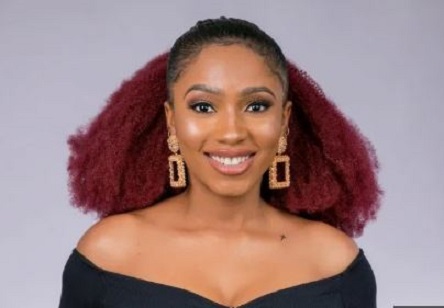 Mercy
After 99 days of intense drama, Mercy has emerged winner of the 2019 edition of the Big Brother Naija reality TV show.

Mike was the first runner-up while Frodd emerged second runner-up. The other two finalists were Omashola and Seyi.
The show's host, Ebuka Obi-Uchendu disclosed that this year's edition of the reality TV show made a whopping 240 million votes, while 50 million votes were secured this week. 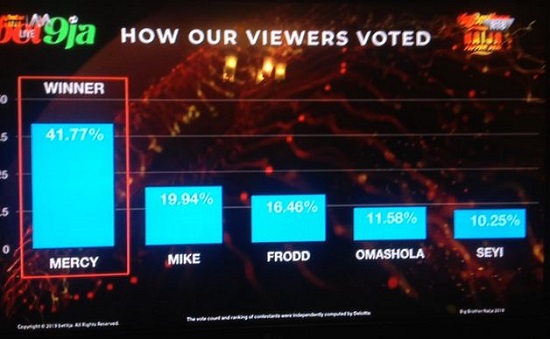 How viewers voted
Following her victory, Mercy is expected to go home with: